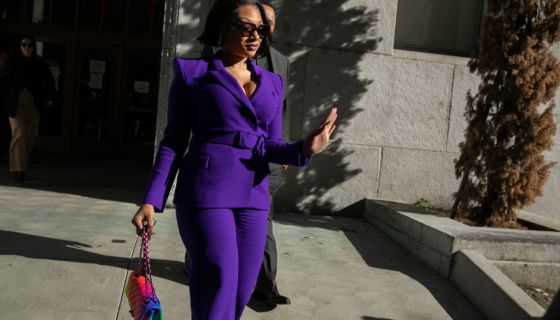 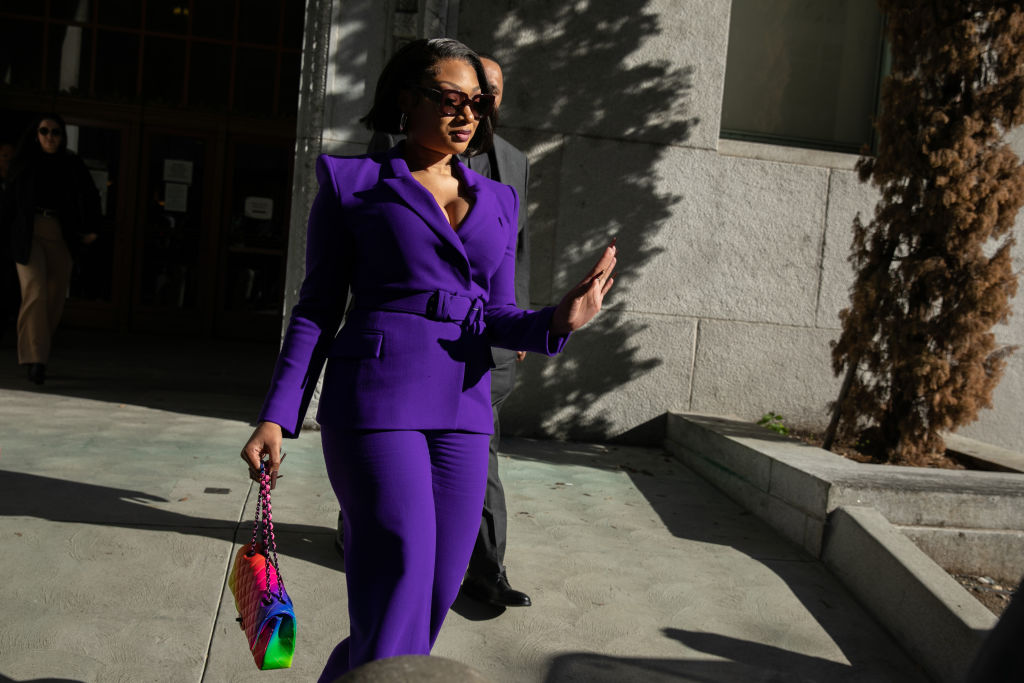 Yesterday, day two of Tory Lanez’s trial for the alleged shooting Megan Thee Stallion took place. Megan took the stand herself and shared a look inside the treatment and mental torment she’s experienced over the past two years.

Tory Lanez arrived to the courthouse once again with his son and family right behind him in support. Megan arrived at the courthouse later with fans lined up outside to show their support. While Megan headed into the courthouse an onlooker called her a “liar” clearly showcasing the harassment she’s dealt with since 2020.

Megan The Stallion took the stand and for the first time talked in explicit detail about the night in question.

As a key witness, Meg delivered a play-by-play of the events leading up to Tory allegedly shooting her and the aftermath. She also shared suicidal thoughts.

“I can’t even be happy,” she said, her voice breaking during her afternoon testimony according to NPR. “I can’t hold conversations with people for a long time. I don’t feel like I want to be on this earth. I wish he would have just shot and killed me, if I knew I would have to go through this torture.”

Meg testified after she exited the vehicle a second time after the argument over Tory’s rapping ability he shouted at her, “Dance, b***h,” then fired five shots. He allegedly fired at her from the passenger side, striking her in the feet.

“I felt shocked. I felt hurt. I wasn’t sure if this was really happening. I looked at my feet, I saw the blood and I fell to the ground,” Megan testified acccording to NPR.

While on the stand, Meg admitted she had a sexual relationship with Lanez and when asked why she hid it previously, she admitted that it was because she was “embarrassed.”

“How could I share my body with someone who could do this to me?”

She also admitted the reason her story changed from the night of the shooting was that she didn’t feel safe sharing what happened with the police. She also spoke about the reason women don’t speak out and detailed the harassment she’s faced since saying that Tory shot her.

“This situation has only been worse for me and it has only made him more famous,” Megan stated during her testimony. “Because I was shot, I’ve been turned into some kind of villain, and he’s the victim. This has messed up my whole life … This whole situation in the industry is like a big boy’s club … I’m telling on one of y’all friends, now you’re all about to hate me.”

A surprising part of the testimony was Meg revealing after the shooting that Tory allegedly texted her from an unknown number. She alleges he was watching her on Instagram live and texted that he could see “pain in my eyes.”

“Why are you bothering me?” Meg recalled saying. “Why are you being weird? You just shot me and now you are telling me you’re watching me?”

Later today her ex-best friend Kelsey Nicole will take the stand. Her testimony could play a large role in the outcome of the case.