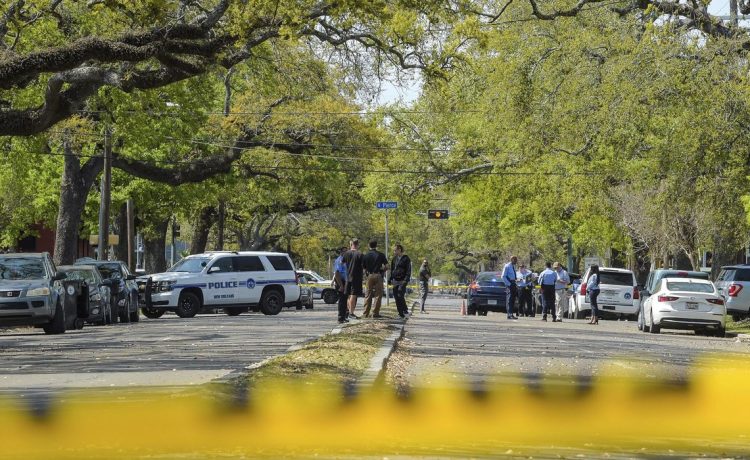 The number of cars stolen in the U.S. in 2022 is expected to surpass 1 million for the first time, shattering previous records and leaving law enforcement struggling to keep up.

The bureau estimated that the value of the stolen vehicles this year exceeds $6.6 billion.

Police officers say the number of stolen cars is actually much higher than what’s being reported. Tom Weitzel, who recently retired as the police chief in the Chicago suburb of Riverside, Illinois, said auto theft charges are difficult to prove without eyewitness or video evidence of a suspect in the act of stealing a car. That leaves prosecutors to pursue lesser charges such as criminal trespassing.

“Courts and prosecutors certainly don’t take auto thefts seriously. Unless it’s a carjacking, which is a separate charge, it’s not considered a crime of violence and the insurance companies pay the victim,” he said. “That really skews the numbers both from prosecutors and the police, which are downplaying the crime because they know it won’t stick.”

But even if cops and courts are fudging numbers as Mr. Weitzel says, numbers in major cities across the country are shocking.

Police in Memphis, Tennessee, say 9,600 auto thefts — an average of roughly 30 thefts per day — were reported over the first 11 months of 2022. That’s a 100% increase compared to the same period last year.

The situation is so bad in Memphis that police there are giving out hundreds of free wheel locks.

Motor vehicle thefts in Chicago are up by roughly 100% through the first 50 weeks of the year with 19,784 cars stolen compared to 9,933 through the same period last year.

Mr. Weitzel, who now advises police departments, said Chicago’s auto theft surge has bled into the suburbs. He said hundreds of cars are stolen per night in Cook County, Illinois, where Chicago is located.

“That’s never happened before. It’s such an epidemic,” he said.

Since 1990, vehicle thefts had trended downward every year in the 2010s. However, the rate of car thefts increased every month since June 2020, when the COVID-19 pandemic took hold, according to the NICB’s data.

Even more frustrating for police, auto thieves are becoming more violent. A car theft suspect in Denver this month shot a police officer in the neck during an arrest.

Unlike vehicle thefts from earlier eras when stolen cars would be stripped for parts, police say most thieves are using the cars to commit other crimes and then abandoning them undamaged.

Betsy Brantner Smith, a spokeswoman for the National Police Association, said the only way to end the surge is for soft-on-crime prosecutors to pursue harsher penalties for auto thieves.

“If we were prosecuting like we used to, where someone did 5 to 10 years in prison, people will stop doing it. That is one of the biggest crime problems overall. We don’t prosecute cases so people get punished. How does that stop you from doing what you are doing?”

Police also said that police departments trying to make do with fewer resources and less manpower is a big part of the problem. Many police departments have pulled cops from their auto theft units and reassigned them to investigate more violent crimes.

The Washington State Patrol this month said it is pulling its four officers from a multiagency task force that targets vehicle thefts because it doesn’t have enough detectives to handle other cases. Since 2017, those four detectives helped recover 921 stolen cars valued at more than $13 million and make 241 arrests.

“We’ve got limited resources, and we’ve got significant responsibilities, and so we have to make continual adjustments as to how we deploy our resources so that we can meet those responsibilities. And I think that everyone would agree that responding to violent crime is, has to supersede it,” said Chris Loftus, a spokesperson for the Washington State Patrol.

Through November an average of 80 cars were stolen each day in King and Pierce counties, the two jurisdictions patrolled by the task force.

Police in Aurora, Colorado, pulled their officers from a statewide task force that investigates car thefts, citing staffing shortages. Colorado has the highest rate of auto theft in the nation, according to statistics from the NICB. Auto thefts in the state are up 113% over the past two years, according to data from the Colorado Metropolitan Auto Task Theft Task Force.

Another factor driving the auto theft surge is the high value of used cars, which has outpaced inflation. Supply-chain snarls, computer chip shortages and pandemic-related buying sprees made new vehicles scarce and increased the value of used cars. As a result, more intact vehicles are being sold on the black market, police said. That’s especially true of full-sized pickups and other cars.

Of particular interest to thieves these days is a car’s catalytic converter, which can command as much as $250 for the precious metals in it, including platinum, palladium and rhodium.

Catalytic converter thefts had become such a problem in Philadelphia that the city council this month passed a bill to curb the surge. The bill prohibits the sale of partial catalytic converters and imposes a 90-day jail sentence for those convicted of stealing them.

Police also too many people are leaving their cars vulnerable, creating an enticing opportunity for thieves. Some drivers leave their key fob inside their car, while others take it and leave the car running. Other drivers have simply left their keys in the visor or cup holder.

Auto thieves are also becoming more sophisticated, using technology to reprogram keyless cars so they can be opened without damaging them.

Mr. Weitzel said the keyless technology has made it much tougher to catch thieves.

“Police on patrol are trained to identify a stolen car by looking for a lot of damage, such as a smashed window, but if there is no damage the police won’t even notice it,” he said.

Auto manufacturers are responding with biometric readers that require a scan of the car owner’s fingerprint or irises to start the vehicle. This technology, however, is not yet the norm.