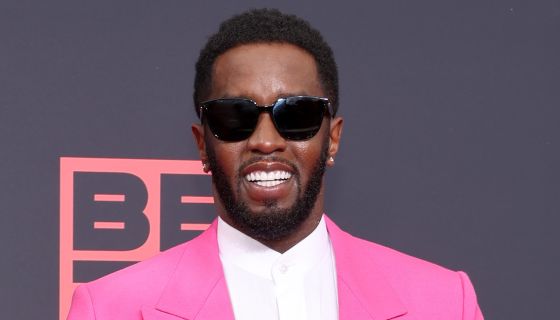 He told you he can’t stop, won’t stop

WHEN Caresha WALKS IN DIDDY HOUSE AND MEET THE NEW BABY MAMA 😩😂😂 pic.twitter.com/taJIcOZ2tJ

Social media is still buzzing over Diddy’s surprise announcement that he’s the proud Diddy pop of a newborn daughter named Love Sean Combs which, naturally, stirred up hilariously messy reactions across the internet.

I’m so blessed to welcome my baby girl Love Sean Combs to the world. Mama Combs, Quincy, Justin, Christian, Chance, D’Lila, Jessie and myself all love you so much! God is the Greatest!

“I’m so blessed to welcome my baby girl Love Sean Combs to the world,” tweeted Diddy.

“Mama Combs, Quincy, Justin, Christian, Chance, D’Lila, Jessie and myself all love you so much! God is the Greatest!”

According to TMZ, a source close to Diddy said baby Love was born on October 15th at a hospital in Newport Beach, California.

Diddy, 53, is listed as the father and 28-year-old Dana Tran aka Dana Tee is the mother who recently deleted her social media pages.

As far as her relationship with Diddy and how he knows her, wellll, we don’t know YET but we’ll be sure to keep you posted.

Moments after Diddy shocked the internet with his announcement, his main shawty wop Miami tweeted a meme that seemingly confirmed that she’ll stick beside him despite his shenanigans.

You may recall her getting into a messy Twitter Tussle with another one of his side boos Gina Huynh despite claiming that she’s unbothered by Diddy’s other women.

When asked by a fan to cover the birth announcement on Caresha Please, she simply responded with the eye emoji.

Diddy welcomed his first child Justin with Misa Hylton-Brim, Christian, D’Lila and Jessie with the late Kim Porter, and adopted her son Quincy as his own. In 2006, Sarah Chapman gave birth to his daughter Chance.

Do you think Caresha will ever leave Diddy? What lavish ‘I’m sorry’ gift do you think he’ll buy her this time? Tell us down below and peep the messiest reactions to Diddy’s surprise baby announcement on the flip.