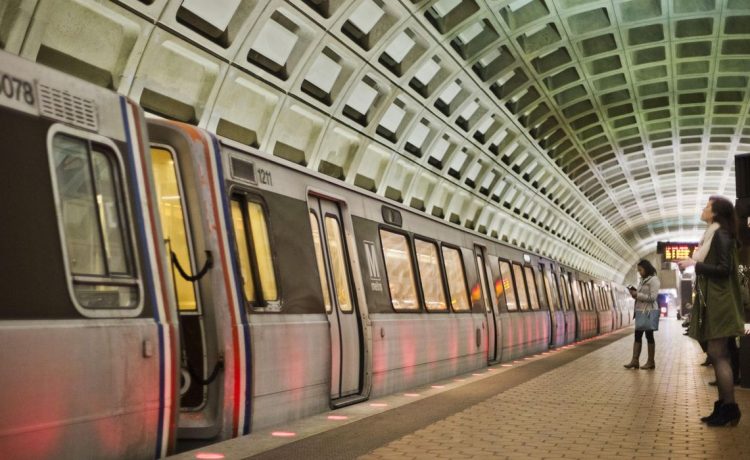 Metro officials said Wednesday that the Silver Line to Washington Dulles International Airport could be open by Thanksgiving weekend if the system’s safety watchdog allows enough 7000-series cars to return to service.

Officials said they will know by the end of this week whether the new extension can open by mid-November. The timing depends on whether the Washington Metrorail Safety Commission (WMSC) approves a Return to Service Plan for the 7000-series railcars and the extension’s safety certification, Metro said in a news release.

“We committed for the Silver Line extension to being operationally ready … in October, and we have met our deadline,” said Metro General Manager and CEO Randy Clarke.

The Silver Line ultimately will extend from the East Falls Church station to Ashburn, Virginia.

Metro has operated with limited capacity since an Oct. 12, 2021, derailment prompted officials to remove all 748 of its new 7000-series cars. They make up 60% of the subway’s fleet.

The National Transportation Safety Board concluded in an initial derailment report that the wheels on the 7000-series cars had shifted too far apart on their axles. The investigation is ongoing.

To date, more than 300 of the 7000-series cars have returned to service under enhanced wheel-set inspection procedures, with more than half remaining sidelined.

Metro has a $2.3 billion operational budget, including $672.8 million of federal pandemic relief funding intended to replace lost fares this year. The regional transit system still has seen a dramatic decline in rail ridership.

With Metro reducing service to cope with the loss of the 7000 series railcars, passengers have endured long delays and overcrowding over the past year.

According to Metro officials, 77 eight-car trains now run daily, including 61 older model cars and 16 of the 7000-series. To improve service, the wheel-set inspections that safety regulators have required could be reduced from every four days to every seven, officials said.

Metro officials told media in a Tuesday briefing that they had provided enough data to safety regulators to return the newer cars to service. The system needs 85 more eight-car trains back in service to open daily service on the Silver Line extension and to reopen Yellow Line stations, they said.

Citing a “lack of data,” the safety commission rejected the plan that Metro had submitted on Sept. 28 and resubmitted last Thursday.

In a Monday letter to Metro, the commission said the transit agency’s plan “is not supported by available safety information” and accused its senior leadership of making “incorrect statements” to support relaxing the new safety standards.

“If controls in place to ensure the safety of passengers and workers are ignored, then those controls do not provide the intended level of safety for Metrorail passengers and employees,” Sharmila Samarasinghe, WMSC deputy CEO and chief operating officer, wrote in the letter.

Virginia Sens. Mark Warner and Tim Kaine, both Democrats, noted Wednesday in a joint statement that taxpayers have spent “billions” on the Silver Line in a decades-long hope of extending it to Dulles.

“All that remains is for WMATA and the Safety Commission to get their acts together and remember that they are not in existence to wage turf battles but to serve the transportation needs of area residents,” they said. “We are making it clear to both agencies: it’s time to get this done.”