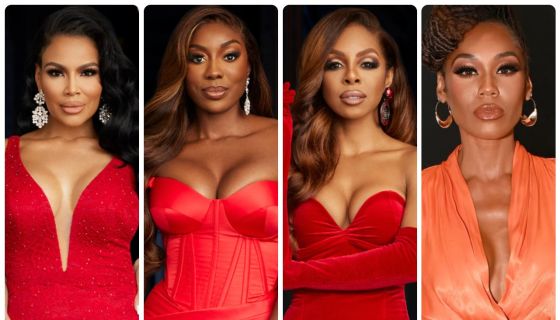 After unceremoniously deleting her Twitter account, Mia Thornton of The Real Housewives of Potomac has returned with a message that’s stopping short of an apology to a fellow housewife. And while Mia’s trying haphazardly to smooth things over, Candiace Dillard is entering the chat and defiantly shading an ex-friend. 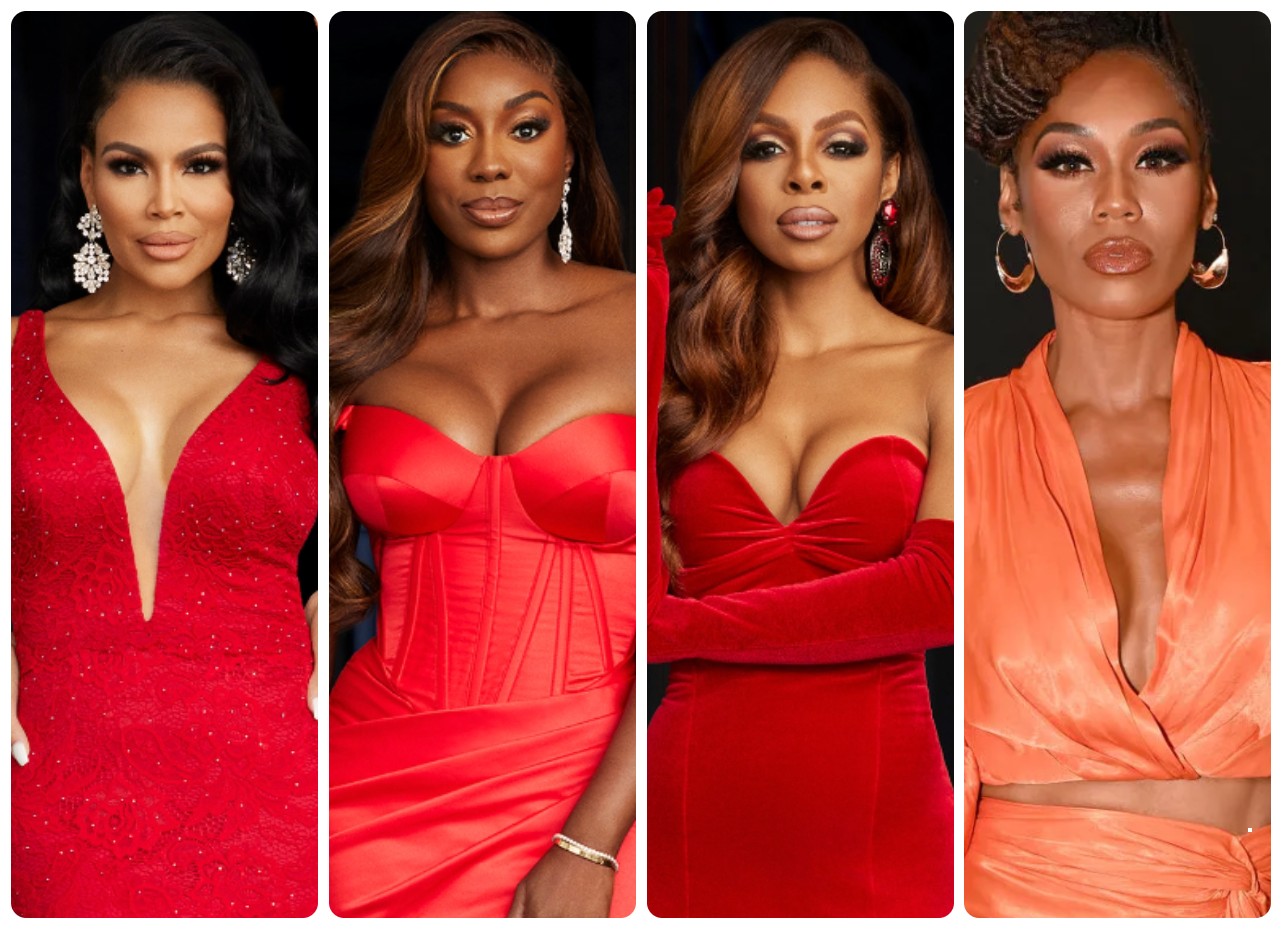 In the aftermath of Sunday’s shocking #RHOP episode that showed Mia Thornton clashing with and tossing a drink at Wendy Osefo, fans are still buzzing over the ladies of #RHOP. As previously reported Dr. Wendy thanked fans for their support amid calls for Mia’s firing despite comments that Wendy “antagonized” the CEO who lunged at her and hit her with her purse.

As for Mia, however, she went a different route. 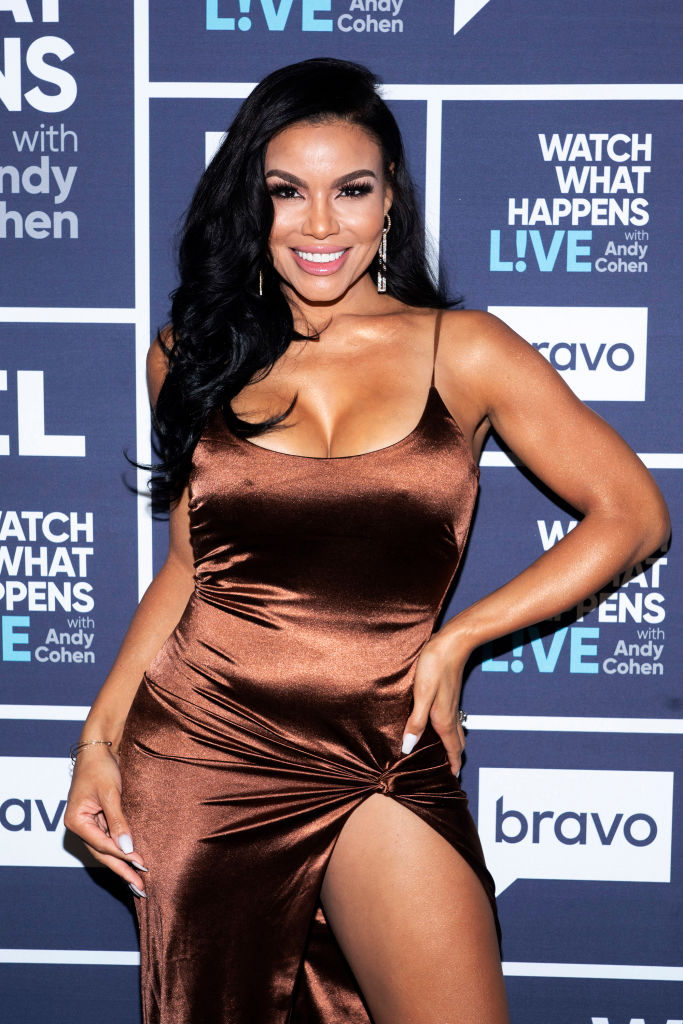 Mia deleted Twitter cause the kitchen is getting hella hot!! #RHOP #RHOPotomac

but on Wednesday Mia returned to the social network with a message.

While dubbing her actions “intolerable” Mia chastised fans for attacking her loved ones and businesses “based on an edited TV show.” She later added that she takes full responsibility but  #RHOP watchers noticed that she apologized to them, not Wendy.

“Reactivated to say, My actions towards Wendy was intolerable,” wrote the Joint Chiropractic chains owner. “It’s unfortunate that you all will attack my family, friends, and my businesses based on an edited tv show.  While I was committed to drama and entertainment I must do what’s best for brand & partners.  Much love, Mia.”

“I’m sorry I let you all down,” she added to Bravo fans.

So Mia reactivated to say they edited her hitting Wendy or what? Cause I’m confused here. Thats not an apology either girl. #RHOP pic.twitter.com/NeSEavx1Ez

Mia, you reactivated Twitter just to excuse your actions and blame the editors? You could’ve kept that apology 👎🏾👎🏾👎🏾 #RHOP

Mia has since followed up on Instagram with a message that sounds like she’s leaving the show. “Next chapter…” she captioned a meme about God making her uncomfortable.

All the while this housewife’s mulling over her future of the show, Candiace Dillard has responded to Monique Samuels’ comments about Sunday’s episode—and she’s not holding back. 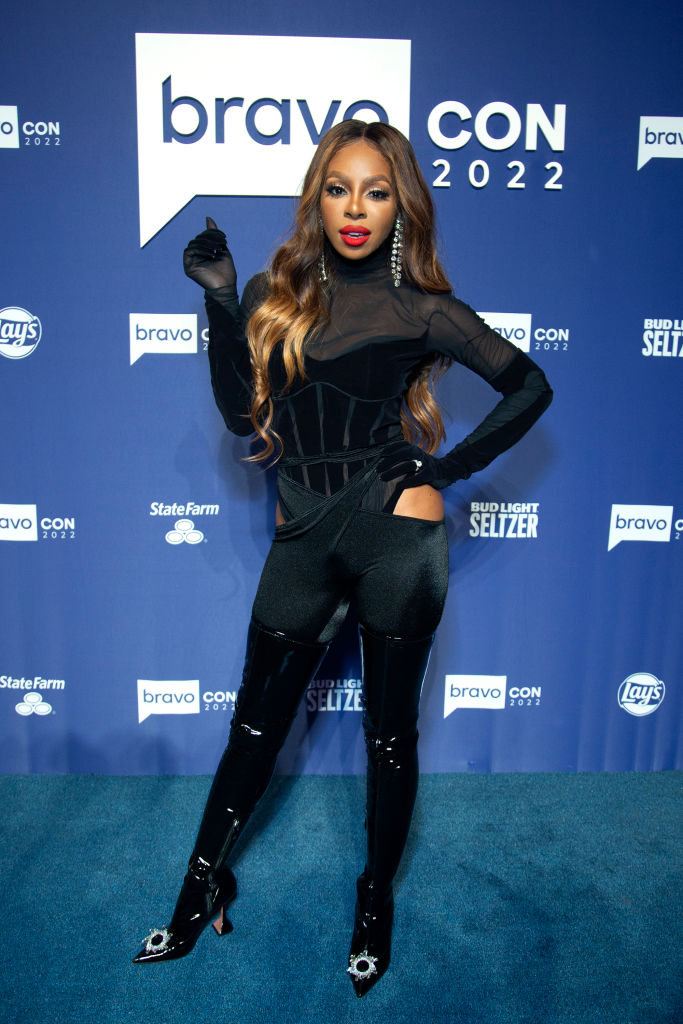 Hit the flip for that.

Despite their headline-making #RHOP altercation happening two seasons ago, the shade between Candiace Dillard and Monique Samuels is clearly ongoing. 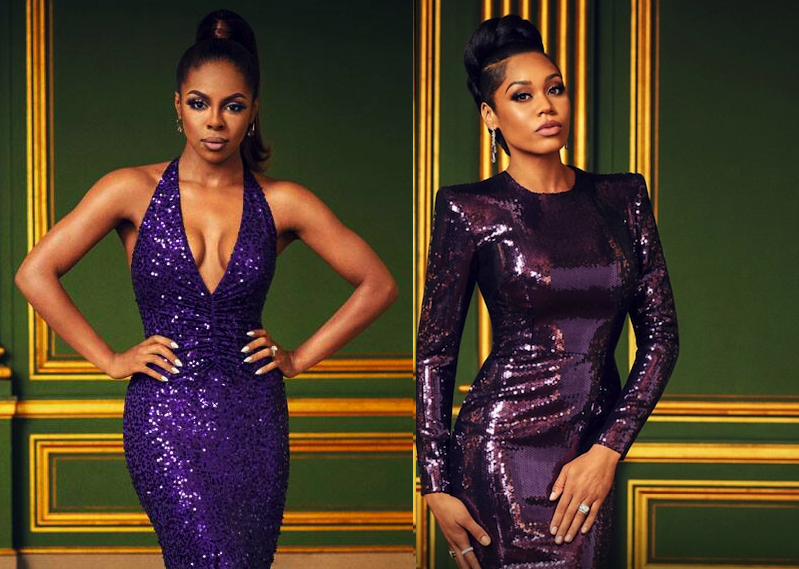 As previously reported Monique who left the season after THAT winery fight with Candiace in season 5 said Tuesday that she supports Wendy Osefo and applauded her for not getting physical like she did while filming.

“I don’t know the entire story but I applaud Wendy for not getting physical as I did after I was hit in the face with a glass,” Monique told TheNeighborhoodTalk. “She had every reason to defend herself after being splashed in the face and then apparently hit with a purse and she chose to use her words instead.”

Monique’s mention of being hit with glass set off Candiace who accused the ex-housewife/her former friend of lying.

“This b***h is still… .NO ONE HIT YOU WITH A GLASS. LET THE LIE GO,” Candiace tweeted Tuesday. “The unemployment line will really have you saying anything for access to a check or the prospect of one. We are STILL bored,” she added in a follow-up tweet.

This bitch is still….NO ONE HIT YOU WITH A GLASS. LET THE LIE GO.

The unemployment line will really have you saying anything for access to a check or the prospect of one. We are STILL bored.

Candiace went on to throw more shade, this time hinting to a Monique fan that the Love & Marriage D.C. star is a “kept” woman by her husband Chris Samuels.

So far Monique has yet to respond directly. She did however retweet NBA baller Kyrie Irving who shared a message about the truth defending itself.

Truth will always defend itself.

Clearly, things are getting even messier on The Real Housewives of Potomac.

I only tweet for educated comprehenders of reading. It is, after all, fundamental. If this isn’t you, allow my commentary to pass you by like a miserable demon on a sunny Potomac day.

What do YOU think about what’s gone down since that Mia Vs. Wendy moment?