Michaela Coel Stuns In Burberry Baddiefit On ‘The Tonight Show’ 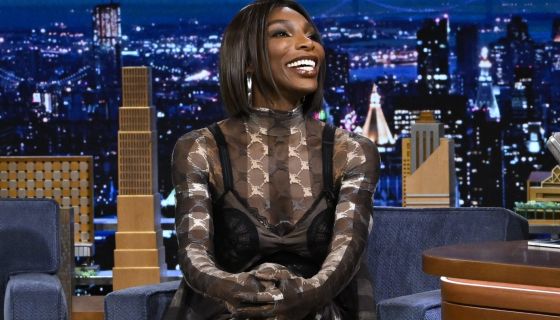 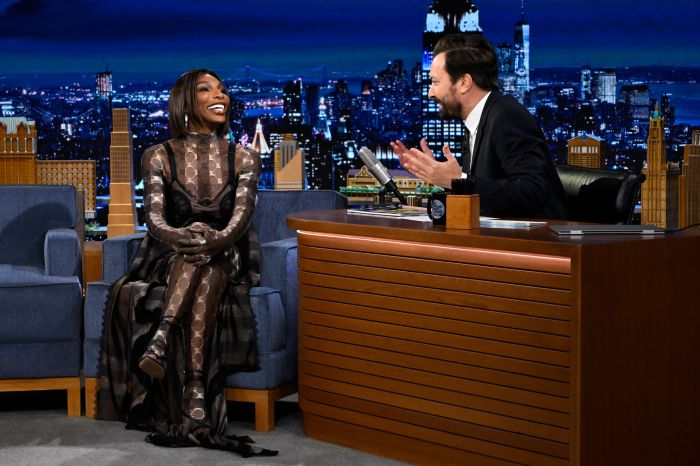 Incredibly talented actress/writer Michaela Coel stunned in a Riccardo Tisci-designed Burberry dress during her appearance on ‘The Late Night Show Starring Jimmy Kimmel’ where she opened up about Beyoncé sending her flowers, filming ‘Black Panther: Wakanda Forever,’ and more in the interview you can enjoy below:

In Marvel’s latest highly anticipated blockbuster, Coel plays Aneka–a queer captain and combat instructor who some believe will take up the mantle as Black Panther in the upcoming superhero epic.

“That sold me on the role, the fact that my character’s queer,” Coel said in an interview with Vogue. “I thought: I like that, I want to show that to Ghana.”

She also talked about the stunning representation of Africa in the globally-revered franchise.

“I think for a lot of people it was the first time we’d seen some sort of representation on a very mainstream platform about the magic of Africa, the magic of the people, our ancestors,” she said about the 2018 smash. “Coming here, you do feel something magical.”

As the Wakandans strive to embrace their next chapter, the heroes must band together with the help of War Dog Nakia (Lupita Nyong’o) and Everett Ross (Martin Freeman) to forge a new path for the kingdom of Wakanda.