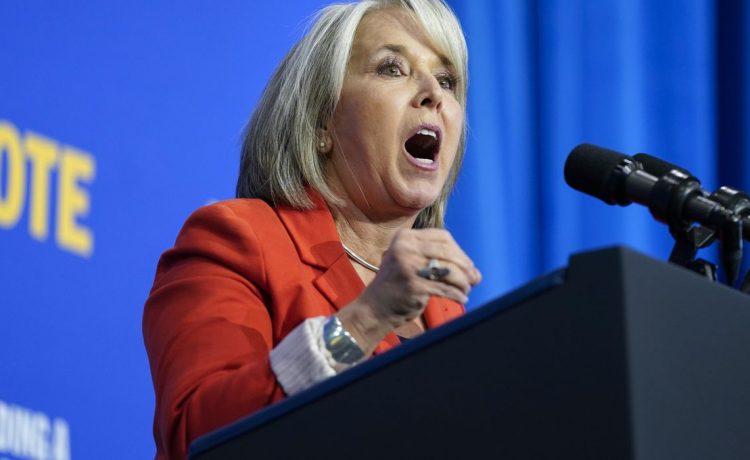 SANTA FE, N.M. — A former state senator says he was threatened by New Mexico Gov. Michelle Lujan Grisham through an emissary with “escalating consequences” if he did not withdraw a request by his law firm for public records concerning the administration’s response to the COVID-19 pandemic, according to a lawsuit filed this week.

Attorney and former legislator Jacob Candelaria of Albuquerque filed the complaint with a state District Court in Albuquerque, renewing a 2020 request for email correspondence among advisors to the governor, Lujan’s travel records and more under provisions of the state Inspection of Public Records Act.

The lawsuit alleges that Democratic Senate majority leader Peter Wirth of Santa Fe visited Candelaria’s office in Dec. 10, 2020, and told Candelaria that Lujan Grisham said there would be escalating consequences if the public records request was not rescinded.

Maddy Hayden, communications director at the governor’s office, called the allegations “wholly baseless and without merit,” in an email. Wirth declined to comment on the matter.

Contacted Friday, Candelaria said he rescinded the public records request in 2020 out of concern that possible retaliation might disrupt his work in the Legislature on behalf of political constituents or even affect his husband’s employment at a state-run hospital.

The 35-year-old former lawmaker said the lawsuit aims to ensure the governor can’t sidestep any eligible requests for public documents or inquiries into her administration’s response to the pandemic.

“Where she crossed the line is in saying, ‘Withdraw this or else,’” Candelaria said.

Candelaria teamed up with Republican lawmakers to successfully challenge the governor and defend the Legislature’s authority over spending priorities for more than $1 billion in federal pandemic aid, arguing the case before the state Supreme Court in 2021.

Candelaria ended his affiliation with the Democratic Party a year ago and stepped down from his Senate seat in October, roughly halfway through a four-year term in office, to devote more time to starting a family.