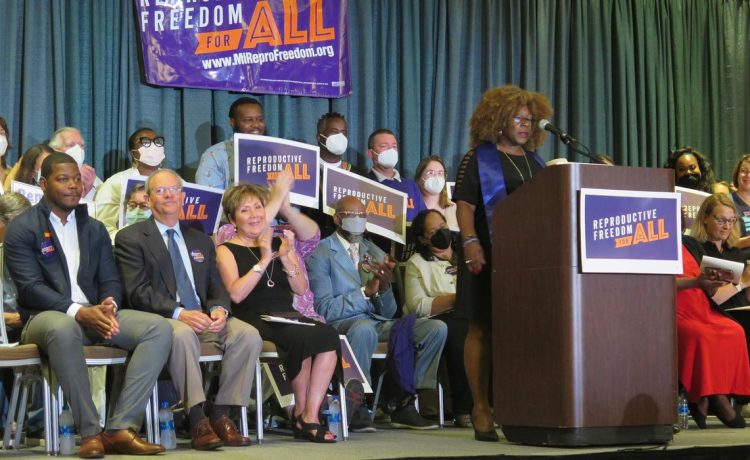 Barring a surprise, abortion is going to be on the ballot in Michigan.

The Reproductive Freedom for All campaign announced Monday that it had submitted over 753,000 signatures — far more than the required number — to put before the voters a measure that would enshrine abortion rights in the Michigan Constitution.

“The vast majority of Michiganders know that abortion is health care: Michigan is on the right side of history as we lead the way with Reproductive Freedom for All and intend to ask Michigan voters on November 8 to protect abortion and reproductive rights in Michigan,” said Loren Khogali, executive director of the Michigan ACLU.

“The Supreme Court’s overturn of Roe v. Wade will not take away the rights and freedoms of people in Michigan to determine if and when they become a parent,” she said.

The Reproductive Freedom for All campaign is led by the ACLU of Michigan, Michigan Voices, and Planned Parenthood Advocates of Michigan.

The coalition said it easily surpassed the 425,059 signatures needed to qualify for the ballot thanks to the help of more than 2,000 volunteers.

“The people who signed our petition realize that this is an all-hands-on-deck moment and will do what it takes to protect reproductive freedom in Michigan,” said Sommer Foster, head of Michigan Voices.

The Supreme Court last month overturned Roe v. Wade, the landmark 1973 ruling that made abortion a federal constitutional right, sending the issue back to the states.

In Michigan, an abortion ban established in 1931 is technically now in effect, sparking legal battles that are playing out in the courts.

Democrats are hoping the ruling could give their candidates a much-needed boost in what is shaping up to be a tough midterm election.

Gov. Gretchen Whitmer of Michigan is one of the most vulnerable Democrats running for reelection.

Reps. Elissa Slotkin and Dan Kildee, both Democrats, and Rep. Peter Meijer, a Republican, also are fighting for their political lives in “toss up” U.S. House races. 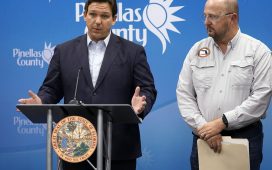