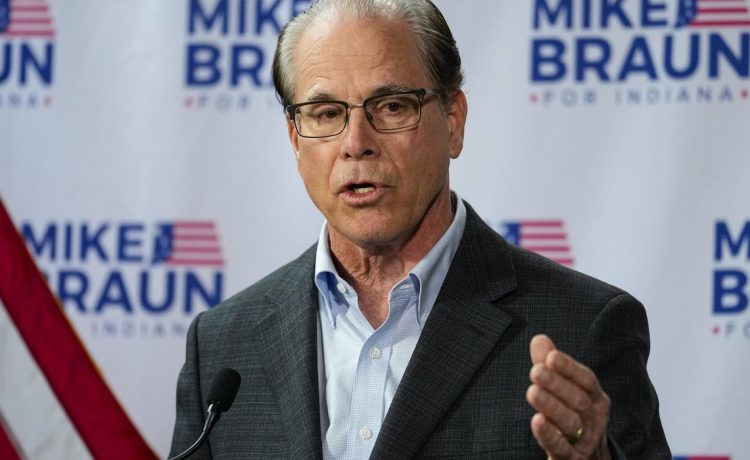 Republican Sen. Mike Braun announced Monday his campaign to become Indiana’s next governor in 2024, and said he will not seek reelection to a second term in Congress.

Shortly after the announcement, Republican Rep. Jim Banks of Indiana said he is “strongly considering” a bid for the Senate seat in 2024.

Mr. Braun, a multimillionaire businessman who foreshadowed his run last week by filing candidacy papers, is hoping to succeed GOP Gov. Eric Holcomb, who is term-limited.

“I’m a Main Street businessman, not a politician, and I want every Hoosier to have a chance at the American dream that I built here in Indiana,” Mr. Braun wrote on Twitter. “I’m running for governor of Indiana to make our state a beacon of freedom and opportunity for America.”

Mr. Braun’s campaign website touts that he has “stood firm against Joe Biden’s far-left agenda” during his one term in the Senate, and that as governor, “he’ll work every day to bring down inflation, keep taxes low, and uphold the rule of law.”

But he’s expected to face a flurry of GOP primary opponents, with potential contenders including Indiana Lt. Gov. Suzanne Crouch and Indiana Secretary of Commerce Brad Chambers. Indiana businessman Eric Doden has been running since the spring.

Minutes after Mr. Braun’s announcement, Mr. Banks lauded him in a statement as a “reliable and strong conservative.”

“I am strongly considering running for the open Indiana Senate seat in 2024, and I will spend the upcoming holidays praying and talking with my wife, family and close friends about how I can best serve Indiana,” Mr. Banks said.