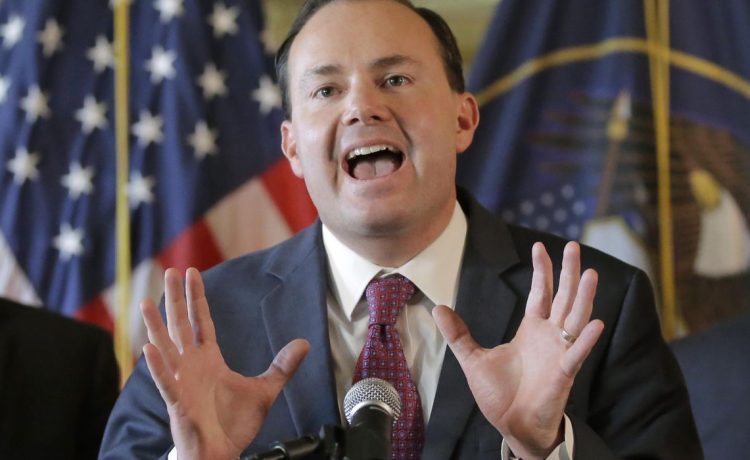 Republican Sen. Mike Lee of Utah and independent challenger Evan McMullin spent nearly a third of Monday’s hour-long Senate debate lobbing criticism at one another about efforts to overturn the 2020 election and last year’s attack on the U.S. Capitol.

The unexpectedly close race has garnered national attention as Republicans look to take back control of the Senate and Mr. McMullin has pledged not to caucus with either party, a move that — if elected — could tip the balance of power in the chamber in either direction.

The candidates exchanged fierce barbs when asked whether President Biden fairly won the 2020 election and how they characterized the Jan. 6, 2021, Capitol riot.

“Yes, Joe Biden is our president. He was chosen in the only election that matters; the election held by the Electoral College. It was on that basis that I voted to certify the election results,” Mr. Lee said.

While he did not vote against certifying the election results like several of his GOP Senate colleagues did, text messages between Mr. Lee and Trump White House Chief of Staff Mark Meadows obtained by the House Jan. 6 Committee revealed he vehemently worked behind the scenes in the weeks leading up to Jan. 6 to overturn the results before ultimately abandoning the effort in the absence of widespread voter fraud evidence.

Mr. McMullin seized on the opportunity to accuse Mr. Lee of subverting his constitutional oath.

“Sen. Lee, that was the most egregious betrayal of our nation’s Constitution in its history by a U.S. senator, I believe, and it will be your legacy. Sen. Lee is still casting doubt,” Mr. McMullin said. “You’re doing a tremendous disservice to this country, Sen. Lee. You betrayed your oath to the constitution.”

The incumbent went on to explain that his correspondence with Mr. Meadows about overturning the election via fake state electors was meant to investigate “rumors circulating suggesting that some states were considering switching out their slates of electors.”

“If that were true, I would need to know about it. I did research on that, I made phone calls to figure out whether the rumors were true. The rumors were false,” Mr. Lee said. “On that basis, I voted to certify the results of the elections.”

The debate quickly became charged once again, when Mr. McMullin told Mr. Lee that “when the barbarians” that were the Capitol rioters “were at the gate, you were happy to let them in.”

“There is absolutely nothing to the idea that I would have ever supported, or ever did support, the fake electors plot — nothing, not a scintilla of evidence suggesting that,” Mr. Lee responded.

“And yet, you continue to insist that with a cavalier, reckless disregard for the truth. This is sad. This is troubling. It’s also entirely consistent with your adopted political party. You have sought for, actively courted and obtained the endorsement of the Democratic Party,” he said.

While Mr. McMullin is formally running as an independent, the Utah Democratic Party did not field a candidate and endorsed Mr. McMullin’s run at its convention earlier this year.

Though the race is considered competitive, nonpartisan election forecasters give the edge in the deep-red state to Mr. Lee, who is leading in the polls and has outraised his opponent with the exception of last quarter, when Mr. McMullin raised more.

As of the end of September, federal fundraising records show that Mr. Lee raised a total of nearly $9.7 million and had $1.4 million cash on hand.

By comparison, Mr. McMullin raised $5.8 million and had roughly $1.3 million in the bank.