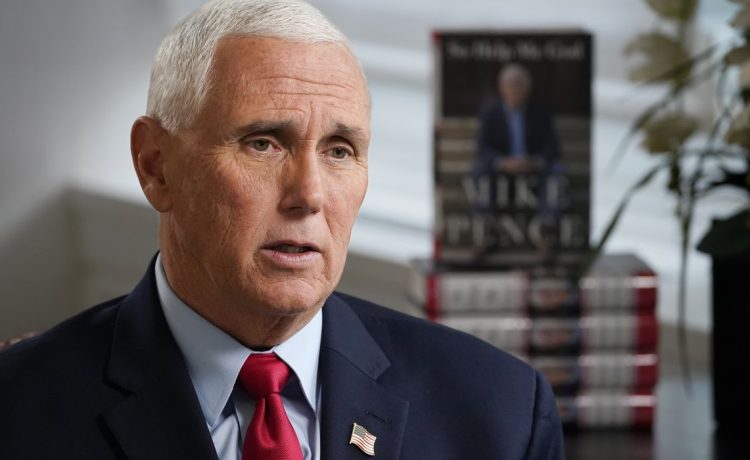 Former Vice President Mike Pence on Wednesday said the special House panel investigating the January 6 attack on the Capitol “has no right” to his testimony on what happened that day and on former President Donald Trump’s larger campaign to challenge the results of the 2020 election.

Mr. Pence, who was on Capitol Hill on January 6 and has described Mr. Trump’s actions following the 2020 presidential election as “reckless,” said he nonetheless had concerns about the lopsided makeup of the panel, with only two Republicans on the Democratic-dominated nine-member committee.

“It’s inconceivable to me that one party would appoint every member of a committee in Congress — that’s antithetical to the whole idea of the committee system,” he said in an interview for “CBS Evening News with Norah O’Donnell.”

“Congress has no right to my testimony. We have a separation of powers under the Constitution of the United States,” he said. “And I believe it would establish a terrible precedent for the Congress to summon a vice president of the United States to speak about deliberations that took place at the White House.”

The committee received testimony from Mr. Pence’s former chief of staff, Marc Short, and former legal counsel Greg Jacob during its more than year-long investigation, which culminated in a series of public hearings over the summer.

While Mr. Pence has not been formally subpoenaed by the committee, as has Mr. Trump, his lawyers have reportedly been in discussions with the panel about testifying.

Mr. Pence said he had no qualms with his former staff’s involvement in the investigation, but said he is “closing the door” on speaking to the committee himself.

“I must say again, the partisan nature of the January 6 committee has been a disappointment to me,” he added. “It seemed to me in the beginning, there was an opportunity to examine every aspect of what happened on January 6, and to do so more in the spirit of the 9/11 Commission, nonpartisan, non-political, and that was an opportunity lost.”

But Mr. Pence is no apologist for his former boss.

He is making the rounds to promote his new book “So Help Me God,” in which he details, at length, the events following the 2020 election.

In an interview with ABC earlier this week, he told “World News Tonight” anchor David Muir that he was “angered” by Mr. Trump’s “reckless” midday post on Jan. 6 Twitter chastising him for not challenging the election results before Congress, as rioters stormed the Capitol.

Mr. Pence, who has hinted at running against Mr. Trump for the GOP presidential nomination in 2024, also said during the interview that Mr. Trump’s speech at The Ellipse “endangered me and my family and everyone at the Capitol building.”

The committee subpoenaed Mr. Trump during its final hearing last month, demanding that the former president hand over a list of documents and testify under oath before the panel. Mr. Trump, who has accused the panel of undertaking a “witch hunt” and squandering taxpayer dollars in its quest to smear him and Republicans, has sued to block the subpoena.

Mr. Trump’s attorneys noted in his suit filed last week that no president had been forced to testify to a congressional committee, though some have done so voluntarily.

“President Trump has been put in the untenable position of choosing between preserving his rights and the constitutional prerogatives of the executive branch or risking enforcement of the subpoena issued to him,” the lawsuit read.