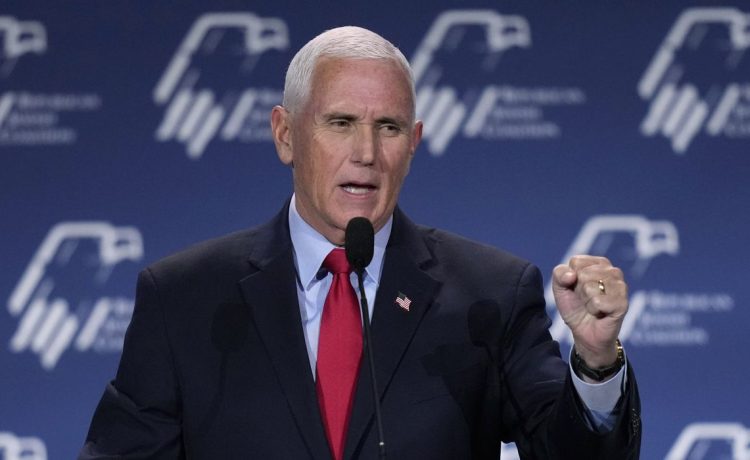 “President Trump was wrong to give a White nationalist, an antisemite and a Holocaust denier, a seat at the table, and I think he should apologize for it,” Mr. Pence told NewsNation on Monday.

Mr. Trump hosted Mr. West, also known as Ye, at his Florida home with Mr. Fuentes. Mr. Trump has downplayed the incident and tried to distance himself from Mr. Fuentes, while Mr. West has been dropped by major design labels for his own antisemitic remarks.

He also said antisemitism remains “a very real issue in the world today,” but he does not think Mr. Trump holds those views.

“I don’t believe Donald Trump is an antisemite; I don’t believe he’s a racist or a bigot,” Mr. Pence told NewsNation. “I would not have been his vice president if he was.”

Mr. Pence has tried to avoid direct criticism of his former boss since leaving office after a serious clash on Jan. 6, 2021. Mr. Trump said his vice president didn’t have the courage to send 2020 electoral votes back to the states for another look even as pro-Trump protesters stormed the Capitol with Mr. Pence inside.

Mr. Pence has focused on policy achievements with Mr. Trump while looking to the “future” instead of the past, though he’s been more critical of Mr. Trump of late.

During a recent CNN town hall, Mr. Pence said was angered by Mr. Trump’s actions leading up to the Capitol attack and for not condemning the rioters as they stormed the building.

“The president’s words and tweet that day were reckless,” he said. “They endangered my family and all the people at the Capitol.”