The Great Days > News > Mike Pence on backing possible Donald Trump 2024 bid: ‘There might be somebody else I’d prefer more’
News

Mike Pence on backing possible Donald Trump 2024 bid: ‘There might be somebody else I’d prefer more’ 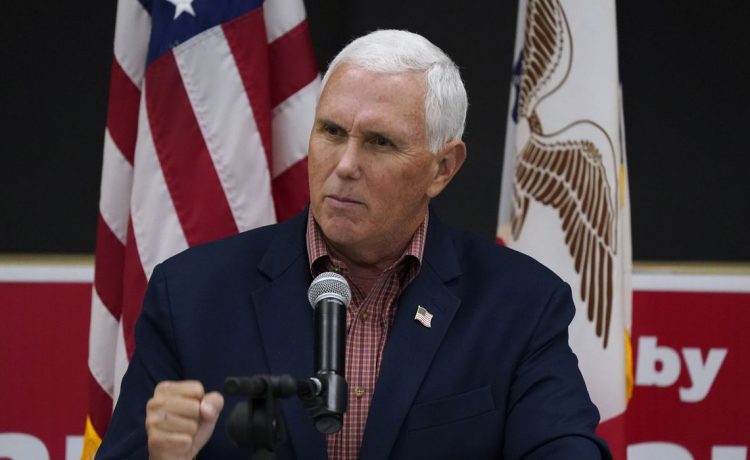 Former Vice President Mike Pence is not jumping at the opportunity to throw his support behind former President Donald Trump in the 2024 GOP presidential race.

During an appearance at Georgetown’s Institute of Politics and Public Service, Mr. Pence was asked whether he’d back his former boss if he runs again.

“Well, there might be somebody else I’d prefer more,” Mr. Pence said, drawing laughter from the crowd. Then he said, “You know, what I can tell you is I have every confidence that the Republican Party is going to sort out leadership.”

Mr. Pence has been laying the foundation for a White House bid, presenting himself as a bridge between traditional conservatism and the Make American Great Again movement that fueled Mr. Trump’s rise and continues to shape GOP politics.

He served as a loyal sidekick to Mr. Trump, but the former president has nonetheless criticized him for refusing to fully embrace his stolen election claims.

Mr. Pence maintains and most scholars agree he lacked the constitutional authority as vice president to interfere with the certification of President Biden’s victory, as Mr. Trump urged him to do.

Mr. Pence has since touted the legislative accomplishments of the Trump administration as a badge of honor while making it clear Mr. Trump is “wrong” to say he had the right to overturn the results of the election.

“Frankly, there’s no idea more un-American than the notion that any one person can choose the American president,” he said.