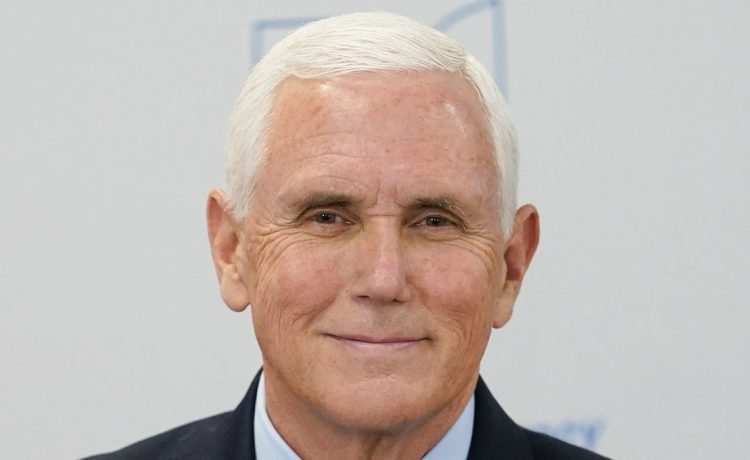 Former Vice President Mike Pence received a warm reception Wednesday on Capitol Hill from GOP lawmakers who applauded him for fulfilling his constitutional role in certifying the results of the 2020 election.

The scene was different the night before in neighboring Maryland when voters nominated state Del. Dan Cox as the GOP gubernatorial nominee who had former President Donald Trump’s full-throated endorsement, rejected the 2020 election results and rebuked Mr. Pence as a “traitor” on Jan. 6.

The split-screen was a jarring reminder of the political crosswinds and fierce tug-of-war within the Republican Party that may not be settled until Mr. Trump and Mr. Pence duke it out in the 2024 presidential election.

At the Capitol, Mr. Pence attended a meeting on Wednesday of Congress’ conservative Republican Study Committee. The response to the former veep was “very positive,” said Rep. Don Bacon in describing the closed-door meeting.

“He was thanked in there for his courage on Jan. 6 and I think people embraced his message,” the Nebraska Republican told reporters after the meeting.

Mr. Bacon said Mr. Pence did not provide insight into whether he will run for president in 2024 but said that “people are encouraging him in there to do so.”

Rep. Chip Roy also thanked Mr. Pence for defending the Constitution and certifying the election results, according to Axios, which reported he said, “I’m happy to shout it from Mar-a-Lago to Bedminster … but I just want you to know how grateful we are.”

A Roy spokesperson declined to confirm the comments made in private. His press office later posted a Tweet saying “Rep. Roy was pleased to attend and thoroughly enjoyed catching up with former VP Pence.”

Meanwhile, Republicans in neighboring Maryland voted to nominate Mr. Cox as the party’s standard bearer in the November election. Mr. Cox ran on a Make America Great Again platform and echoed much of Mr. Trump’s rhetoric, including stolen election claims and the insistence that Mr. Pence could have done more to alter the outcome of the 2020 presidential election.

“Pence is a traitor,” Mr. Cox posted on Twitter on Jan. 6.  Mr. Cox later said his comments were meant to “convey a betrayal of us, his voters, and a deep disappointment.”

On Tuesday, Mr. Cox cruised to victory. With 80% of the vote counted, he held a 56.2% to 40.2% lead over Kelly Schulz, who had the support of Gov. Larry Hogan, a staunch anti-Trump Republican and Pence ally. Mr. Hogan said will not back Mr. Cox in the general election.

A spotlight has been on the Trump-Pence relationship since a pro-Trump mob — some chanting “Hang Mike Pence” — stormed the Capitol to protest the results of the 2020 election.

The push has generated some blowback from Trump supporters, but there is a clear sense the former Indiana governor has regained his political footing and is laying the groundwork for a presidential bid that could put him on a crash course with his former boss.

After the stop in Washington, he was slated to travel to South Carolina to deliver remarks on “the post-Roe world” at Florence Baptist Temple.

The Pence and Trump worlds will collide on Friday when they hold dueling rallies on behalf of their preferred picks in the Arizona GOP gubernatorial race.

Mr. Pence also broke with Mr. Trump in May when he headlined a get-out-the-vote rally for Gov. Brian Kemp in his primary race against former Sen. David Perdue.

Mr. Trump recruited Mr. Perdue for the governor’s race in a bid to get revenge against Mr. Kemp for rebuffing election-fraud claims in 2020.

Mr. Pence is slated to return to Washington on Monday to deliver remarks at the Heritage Foundation on his policy vision for the future.