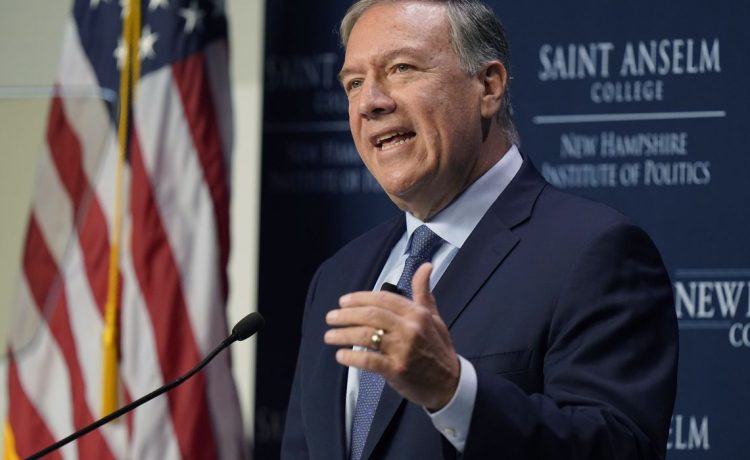 On Sunday, former Secretary of State Mike Pompeo sharply criticized President Biden‘s recent comment that the world faces the prospect of armageddon following Russian President Vladimir Putin‘s warning that Moscow could use “all available means” to bolster his war effort in Ukraine.

Mr. Biden‘s comment at a fundraiser last week was “reckless,” according to Mr. Pompeo, who added that “when you hear the president talking about armageddon at random — as a random thought just musing at a fundraiser — that is a terrible risk to the American people.”

“If he truly believes that, he ought to be out talking to us in a serious way,” the former secretary of state told “Fox News Sunday.”

In his remarks Thursday, Mr. Biden said Mr. Putin was “not joking when he talks about the use of tactical nuclear weapons or biological or chemical weapons” and that “we have not faced the prospect of Armageddon since Kennedy and the Cuban missile crisis” in the 1960s.

“If the territorial integrity of our country is threatened, we will, without doubt, use all available means to protect Russia and our people — this is not a bluff,” Mr. Putin said in a televised address on Sept. 21, according to Reuters.

After Mr. Putin had made the comment, Secretary of State Antony Blinken encouraged member nations of the U.N. Security Council to call on Mr. Putin to stop making “reckless nuclear threats.”

With regard to Mr. Biden‘s Armageddon comment, meanwhile, Mr. Kirby said Sunday that the comment was “not based on new or fresh intelligence or new indications that Mr. Putin has made a decision to use nuclear weapons and, quite frankly, we don’t have any indication that he has made that kind of decision.”

“Nor have we seen anything that would give us pause to reconsider our own strategic nuclear posture in our efforts to defend our own national security interests and those of our allies and partners,” Mr. Kirby told ABC’s “This Week,” citing Mr. Biden‘s promise that “neither we nor our allies are going to be intimidated by” Mr. Putin‘s threats.

In his own appearance on “Fox News Sunday,” Mr. Pompeo took aim at Mr. Biden‘s foreign policy more broadly, suggesting that the Armageddon comment could “demonstrate maybe one of the greatest foreign policy failures of the last decades, which was the failure to deter Vladimir Putin in the same way that the Trump administration did for four years.”