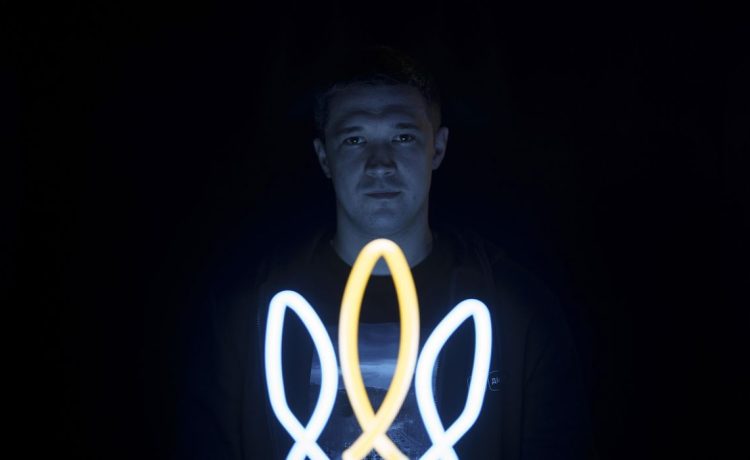 KYIV, Ukraine — Ukraine has bought some 1,400 drones, mostly for reconnaissance, and plans to develop combat models that can attack the exploding drones Russia has used during its invasion of the country, according to the Ukrainian government minister in charge of technology.

In a recent interview with The Associated Press, Minister of Digital Transformation Mykhailo Fedorov described Russia’s war in Ukraine as the first major war of the internet age. He credited drones and satellite internet systems like Elon Musk’s Starlink with having transformed the conflict.

Ukraine has purchased drones like the Fly Eye, a small unmanned aerial vehicle used for intelligence, battlefield surveillance and reconnaissance.

“And the next stage, now that we are more or less equipped with reconnaissance drones, is strike drones,” Fedorov said. “These are both exploding drones and drones that fly up to three to 10 kilometers and hit targets.”

He predicted “more missions with strike drones” in the future, but would not elaborate. “We are talking there about drones, UAVs, UAVs that we are developing in Ukraine. Well, anyway, it will be the next step in the development of technologies,” he said.

Russian authorities have alleged several Ukrainian drone strikes on its military bases in recent weeks, including one on Monday in which they said Russian forces shot down a drone approaching the Engels airbase located more than 600 kilometers (over 370 miles) from the Ukrainian border.

Russia’s military said debris killed three service members but no aircraft were damaged. The base houses Tu-95 and Tu-160 nuclear-capable strategic bombers that have been involved in launching strikes on Ukraine.

Ukrainian authorities have never formally acknowledged carrying out such drone strikes, but they have made cryptic allusions to how Russia might expect retaliation for its war in Ukraine, including within Russian territory.

Ukraine is carrying out research and development on drones that could fight and down other drones, Fedorov said. Russia has used Iranian-made Shahed drones for its airstrikes in Ukrainian territory in recent weeks, in addition to rocket, cruise missile and artillery attacks.

“I can say already that the situation regarding drones will change drastically in February or March,” he said.

Fedorov sat for an interview in his bright and modern office. Located inside a staid ministry building, the room contained a vinyl record player, history books stacked on shelves and a treadmill.

The minister highlighted the importance of mobile communications for both civilian and military purposes during the war and said the most challenging places to maintain service have been in the Donetsk, Zaporizhzhia, Odesa and Kyiv regions in the center and east of the country.

He said there are times when fewer than half of mobile phone towers are functioning in the capital, Kyiv, because Russian airstrikes have destroyed or damaged the infrastructure that power them.

Ukraine has some 30,000 mobile-phone towers, and the government is now trying to link them to generators so they can keep working when airstrikes damage the power grid.

The only alternative, for now, is satellite systems like Starlink, which Ukrainians may rely on more if blackouts start lasting longer.

“We should understand that in this case, the Starlinks and the towers, connected to the generators, will be the basic internet infrastructure,” Fedorov said.

Many cities and towns are facing power cuts lasting up to 10 hours. Fedorov said Ukrainian President Volodymyr Zelenskyy signed a decree that instructs mobile phone companies to ensure they can provide signals without electricity for at least three days.

Meanwhile, with support from its European Union partners, his ministry is working to bring 10,000 more Starlink stations to Ukraine, with internet service made available to the public through hundreds of “Points of Invincibility” that offer warm drinks, heated spaces, electricity and shelter for people displaced by fighting or power outages.

Roughly 24,000 Starlink stations already are in operation in Ukraine. Musk’s company, SpaceX, began providing them during the early days of the war after Fedorov tweeted a request to the billionaire.

“I just stood there on my knees, begging them to start working in Ukraine, and promised that we would make a world record,” he recalled.

Fedorov compared Space X’s donation of the satellite terminals to the U.S.-supplied multiple rocket launchers in terms of significance for Ukraine’s ability to mount a defense to Russia’s invasion.

“Thousands of lives were saved,” he said.

As well as the civilian applications, Starlink has helped front-line reconnaissance drone operators target artillery strikes on Russian assets and positions. Fedorov said his team is now dedicating 70% of its time to military technologies. The ministry was created only three years ago.

Providing the army with drones is among its main tasks.

“We need to do more than what is expected of us, and progress does not wait,” Fedorov said, scoffing at Russian skill in the domain of drones. “I don’t believe in their technological potential at all.”