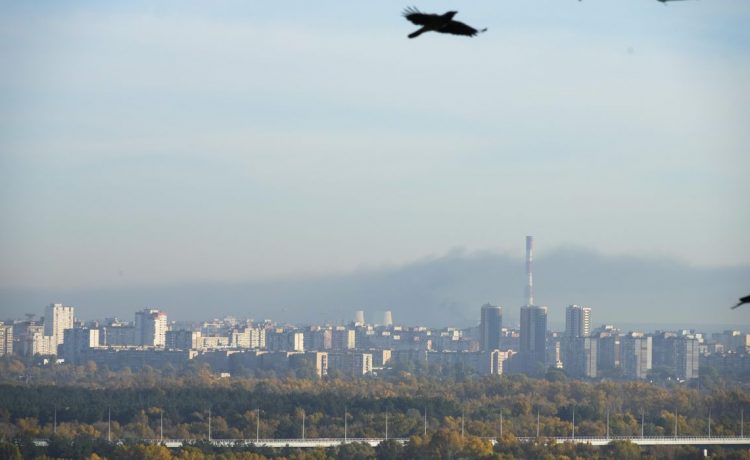 President Volodymyr Zelenskyy said nearly one-third of Ukraine’s power stations have been destroyed in the past week, “causing massive blackouts across the country.”

“No space left for negotiations with Putin’s regime,” he tweeted.

The campaign of strikes using missiles, drones and other weaponry has opened a new phase in Russian President Vladimir Putin’s nearly eight-month invasion, as winter begins to bite. Even far from battlefields, water, heating and power are no longer certainties, with daily strikes reaching far into the country to slam utilities, sometimes faster than they can be repaired.

The latest city to lose power and water was Zhytomyr, home to military bases, industries, leafy boulevards and about 250,000 people some 140 kilometers (85 miles) west of the capital, Kyiv.

City and regional officials said hospitals in Zhytomyr had to run on backup power after a double missile strike Tuesday targeted an energy facility and that other settlements in the area also lost electricity.

As well as missiles, Russia is mixing up its modes of attack.

Suicide drones – so called because they slam into targets and explode – set ablaze an infrastructure facility in the partly Russian-occupied southern Zaporizhzhia region, the regional governor said.

Air-defense S-300 missiles that Russia has been repurposing as ground-attack weapons as its stocks are being depleted were used to strike the southern city of Mykolaiv, killing a man whose body was found in the debris of a two-story building, the region’s governor said.

In the eastern city of Kharkiv, rockets were used to hit an industrial area. The regional governor said the eight rockets were fired from across the nearby border with Russia.

Ukraine says Russia is getting thousands of drones from Iran. The Iranian-made Shahed drones that nose-dived with their explosive charges into targets in Kyiv on Monday have also been widely used elsewhere in recent weeks.

In the past week alone, more than 100 drones have slammed into power plants, sewage treatment plants, residential buildings, bridges and other targets in urban areas, Ukraine’s Foreign Ministry said.

In a televised address on Monday night, Zelenskyy said Russia is using kamikaze drones because it is losing ground in the war.

“Russia doesn’t have any chance on the battlefield, and it tries to compensate for its military defeats with terror,” he said. “Why this terror? To put pressure on us, on Europe, on the entire world.”