Mississippi Gov. to push for full elimination of income tax 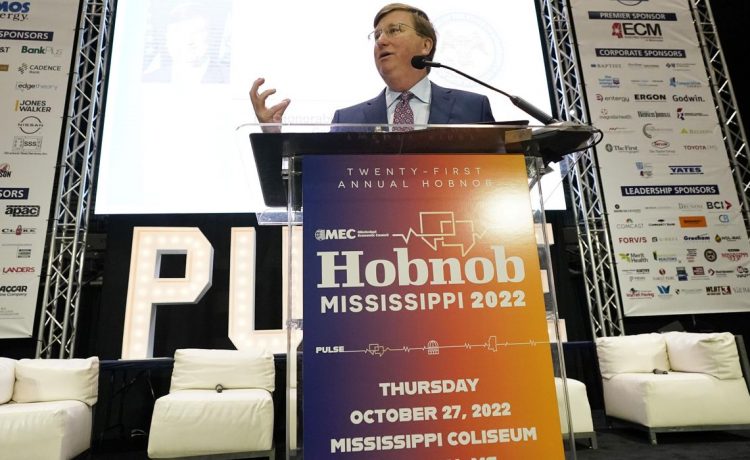 JACKSON, Miss — Mississippi Gov. Tate Reeves promised to push for a full elimination of the state’s income tax during the 2023 legislative session. The move would make Mississippi the 10th state with no income tax.

Addressing a crowd of business leaders Thursday at an event hosted by the state Chamber of Commerce, Reeves touted “the largest tax cut in Mississippi history during the 2022 session” and said he wanted to go even further.

Mississippi’s Republican-controlled legislature passed legislation in 2022 that will eliminate the state’s 4% income tax bracket starting in 2023. In the following three years, the 5% bracket will be reduced to 4%.

Nine states don’t have an income tax and one more, New Hampshire, only taxes interest and dividends, according to the National Conference of State Legislatures. Washington state passed a capital gains tax on high earners in 2021 that is facing a legal challenge.

The Mississippi income tax accounts for 34% of state revenue. Lawmakers said the tax cut would reduce state revenue by $185 million in the first year. By the final year, the figure would be $525 million.

Reeves said tax incentives have been supplanted by workforce concerns for companies making decisions about where to locate. “It’s all about, can I hire enough people to get my product to market,” he said.

Mississippi’s population has dwindled in the past decade, even as other Sun Belt states are bustling with new residents. Tax-cut proposals are a direct effort to compete with states that don’t tax earnings, including Texas, Florida and Tennessee.

Democratic state Sen. Hob Bryan said the idea that people choose where to live based on tax policy is “laughable on its face.”

“Do I need to say that again? It’s laughable on its face,” Bryan told The Associated Press Thursday.

“The legislation passed last year was the most disastrous piece of legislation we’ve passed in the 40 years that I’ve been (at the legislature),” Bryan said. “The state of Mississippi desperately needs water, sewer and roads. We cannot give away one-third of the state’s revenue and have enough money to provide basic services.”

Many business interests have not taken a strong stance on income tax elimination in Mississippi. In a 2022 report detailing the concerns of business leaders in the state, the Mississippi Economic Council wrote that “the Mississippi tax environment was not high profile nor ever discussed significantly as a priority.”

Bryan said the primary factor stopping capital from flowing to Mississippi are the “hospitals all around the state teetering on the verge of closing.”

“People are not going to move to a place where there’s no health care,” Bryan said.

The 2023 legislative session starts in January.

Michael Goldberg is a corps member for the Associated Press/Report for America Statehouse News Initiative. Report for America is a nonprofit national service program that places journalists in local newsrooms to report on undercovered issues. Follow him on Twitter at twitter.com/mikergoldberg.