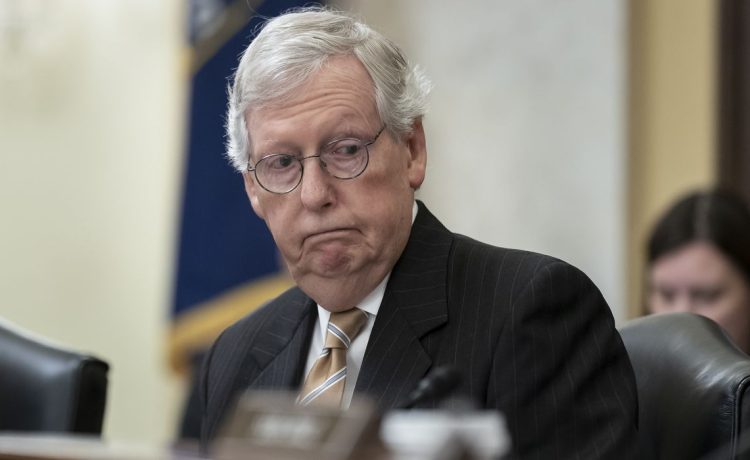 Mr. McConnell, who has had an increasingly strained relationship with Mr. Trump since the 2021 Capitol riot, said Mr. Trump helped cast voters an unappealing image of the Republican Party that broke the trust of the electorate.

“We lost support that we needed among independents and moderate Republicans, primarily related to the view they had of us as a party — largely made by the former president — that we were sort of nasty and tended toward chaos,” Mr. McConnell told NBC News.

Mr. McConnell added: “And oddly enough, even though that subset of voters did not approve of President Biden, they didn’t have enough confidence in us in several instances to give us the majority we needed.”

Republicans greatly fell short of expectations in a year that was anticipated to be a “red wave.”

The GOP only narrowly took control of the House, while Democrats kept their hold on the Senate.

Mr. McConnell said he would be actively seeking “quality candidates” for 2024 after he said Republicans underperformed in every state.

The Kentucky Republican said the GOP‘s performance was “fatal” in Arizona, New Hampshire, and Georgia.

Mr. McConnell has feuded with the pro-Trump wing of his party, including Sen. Rick Scott of Florida, who led the Senate campaign arm.

Mr. McConnell rebuffed the party‘s picks to elevate poor-quality candidates past the primaries, prompting Mr. Scott to publicly chastise his party as not respecting the will of their voters.

“It’s Mitch McConnell‘s fault. Spending money to defeat great Republican candidates instead of backing Blake Masters and others was a big mistake,” Mr. Trump wrote on TruthSocial earlier this month. “He blew the midterms, and everyone despises him and his otherwise lovely wife, Coco Chow!”