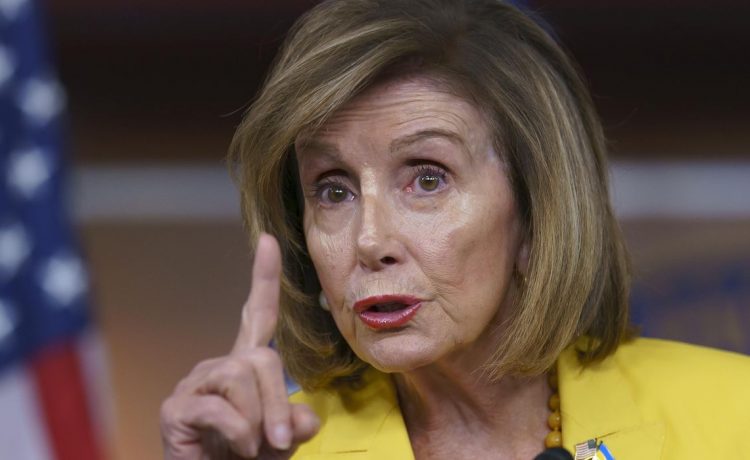 Senate Minority Leader Mitch McConnell on Tuesday said House Speaker Nancy Pelosi would hand China a win if she doesn’t follow through with her reported trip to Taiwan.

China has warned of severe consequences to U.S.-China relations and has made veiled threats of a military response being on the table if Mrs. Pelosi steps foot on the self-governing island just over 100 miles off the mainland.

But the Kentucky Republican said the U.S. can’t bow to Beijing’s saber-rattling.

“If she doesn’t go now, she’s handling China a sort of a victory of sorts,” Mr. McConnell told reporters Tuesday.

He also called on the administration to ensure Taiwan has the arms needed to meet “the threat they might actually have to endure.”

“That requires I think a good deal more emphasis on Taiwan defense than we’ve had,” he said.

Mrs. Pelosi, California Democrat, has yet to confirm her plans to travel to Taiwan since it was first reported by the Financial Times last week.

Beijing has warned that the trip, which would be the first by a sitting House speaker in over two decades, would cause serious harm to U.S.-China relations.

Chinese Defense Ministry Spokesperson Tan Kefei said Tuesday that “the Chinese military will never sit idly by, and will certainly take strong and resolute measures to thwart any interference by external forces and secessionist attempts for Taiwan independence,” if Mrs. Pelosi follows through with the visit.

The sharp spike in U.S.-China tensions comes ahead of a phone call between President Biden and Chinese President Xi Jinping planned for later this week.

The White House has refrained from commenting on the trip, noting that the speaker, who is second in the constitutional line to succeed the president behind only the vice president, makes her own travel decisions.

Administration officials have downplayed the risk of China interfering with the speaker’s visit, but have not ruled out the possibility of other provocations such as military overflights of Taiwanese airspace.

“Rhetoric of that kind only escalates tensions in a completely unnecessary manner,” he said.