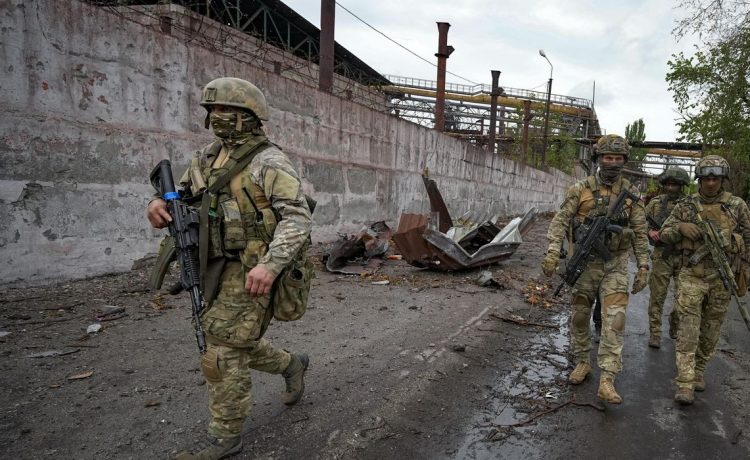 Morale among Russian military troops in Ukraine is plummeting but it’s not just because they’re getting bombarded with artillery and rockets supplied by the West.

After more than six months’ worth of inconclusive fighting, soldiers sent to carry out President Vladimir Putin’s invasion aren’t being adequately fed or receiving a regular paycheck.

In addition to the record number of casualties and combat fatigue, one of the main grievances from deployed Russian soldiers continues to be problems with their pay, according to British military intelligence officials.

Russian troops normally receive a “modest” core salary that must be augmented by a variety of bonuses and allowances.

“In Ukraine, there have highly likely been significant problems with sizeable combat bonuses not being paid,” British officials said Sunday in a Twitter message. “This is probably due to inefficient military bureaucracy, the unusual legal status of the ‘special military operation,’ and at least some outright corruption among commanders.”

In addition to problems with pay and rations, Russian commanders are apparently unable to provide their troops with appropriate uniforms and weapons, analysts said.

“This has almost certainly contributed to the continued fragile morale of much of the force,” British military intelligence officials said.

U.S. officials said they also have tracked morale problems among the Russian troops operating in Ukraine.

“Imagine you’re a Russian soldier — a couple of months into it, and you’ve been getting hit pretty hard by (Ukrainian) artillery and HIMARS,” a senior Defense Department official said last week, referring to the U.S.-supplied High Mobility Artillery Rocket System. HIMARS has become one of the most lethal weapons on the battlefield in Ukraine.

Russian losses have forced Moscow to expand recruitment efforts by eliminating the upper age limit for new recruits and coaxing prisoners into their army. President Putin ordered that the increase in troops be finalized by January 2023.

“Many of these new recruits have been observed as older, unfit, and ill-trained,” the Pentagon official said. “Any additional personnel Russia is able to muster by the end of the year may not, in fact, increase overall Russian combat power.”