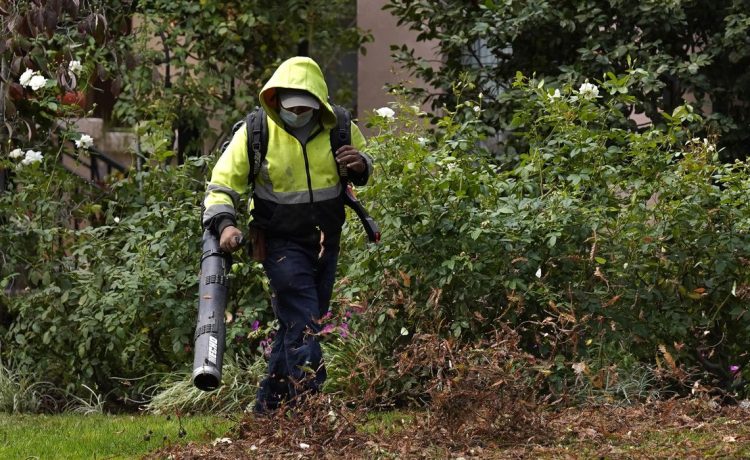 The days are numbered for gasoline-powered lawn care equipment such as mowers, leaf blowers and string trimmers with Democratic officials increasingly looking to ban them.

This endeavor, pursued in cities and states across the country, is meant to combat climate change while assuaging residents’ complaints of noisy machines cutting their morning sleep short or interrupting otherwise quiet neighborhoods.

In the town of Lexington, Massachusetts, voters in March approved keeping current restrictions on the use of gas-powered leaf blowers and then ban them in 2025.

Dallas, despite its location in oil-rich Texas, is one of the latest cities to debate a ban on all gas-powered landscaping tools. It would join more than 100 other U.S. cities to put the kibosh on gas-powered lawnmowers and the like.

“We don’t use dental technologies from the 80s, so why should we still be using lawn equipment from the 80s?” Dallas Councilwoman Paula Blackmon, a Democrat, told The Washington Times. “Technology has changed. Let’s evolve, let’s move on from it and adapt, and it’s okay to say this is not the instrument that we want anymore.”

But for lawn care businesses and their customers, the grass isn’t always greener on the climate-friendly side of the fence. Some business owners argue that battery-powered alternatives just don’t cut it because of upfront costs and inadequate performance.

“People are interested in going green, but it presents an interesting conflict. It’s almost a catch-22,” Mitch McGowan, owner of Dot Dirt Organic Landscapes in Dallas, said in an interview. “Do they want to spend that much extra money for the extra labor hours, because your blowers, mowers and trimmers just aren’t as powerful?”

The average battery life for lawn care equipment is about 75 minutes, said Mr. McGowan, raising logistical questions about how companies like his can find suitable alternatives to gas-powered equipment they use for eight hours or more per day.

One potential solution, he said, is to buy an inverter that can charge equipment using the power from his truck. However, that only works when the truck is running, and even then, it’s not enough power to fully recharge the equipment.

Mr. McGowan said another potential workaround is solar panels installed on the top of the truck that can continuously recharge, but it can cost around $4,000 and provide only a fraction of the power on cloudy days.

All of these additional expenses and time to recharge equipment would mean higher costs for customers.

“I guarantee you there’d be a 30% price rise immediately just because of the commercial-level mowers,” he said. “Customers are not welcome to that at all.”

Ms. Blackmon acknowledged the monetary and logistical challenges presented to businesses but said sometimes sacrifices have to be made for the greater good.

“I understand that they’re concerned about the power, but I do believe that if this is something that our communities value, then concessions have to be made and people have to understand that,” she said.

The California Air Resources Board estimates that using a lawnmower for one hour produces emissions equivalent to 300 miles of driving. Using a leaf blower for the same amount of time, the state board estimated, equates to driving 1,100 miles.

The California board says there are more than 16 million gas-powered lawn care devices in California, roughly 1.5 million of which are owned by commercial businesses.

A ban in the nation’s capital, which took effect at the start of 2022, went a step further than simply barring new sales. It prevents the use of gas-powered leaf blowers altogether and imposes a $500 fine for first offenses and $1,000 for repeat offenders.

Instituting a ban on gas-powered equipment can also be costly for taxpayers. California, for example, set aside $30 million last year to begin helping private residents and businesses make new purchases to comply with the law.

Ms. Blackmon said Dallas is still considering how much financial help to offer, such as instituting a buyback program. But she emphasized that any aid would only go so far because larger businesses already typically upgrade their equipment every few years.

“I don’t want to become the city that is now replacing everything when they’re going to replace it anyway,” she said.