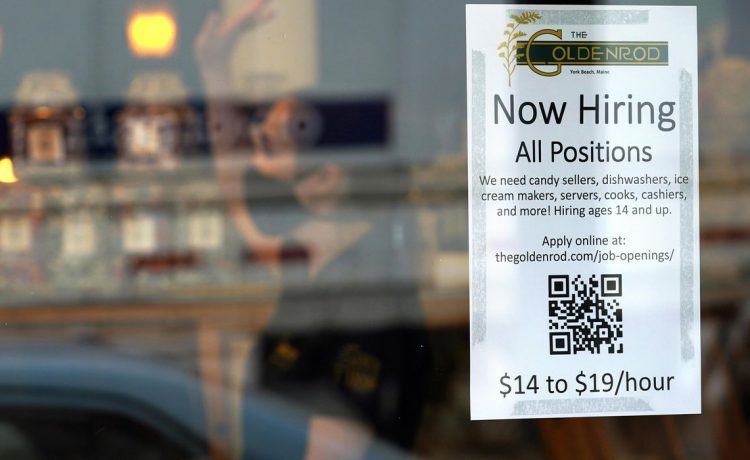 More states are requiring employers to disclose salary ranges for job openings, a trend popular with job seekers that experts say will have little effect on pay levels.

Starting next year, employers in California will be required to list salary ranges with the postings themselves — due to a law aimed at ensuring equal pay for women and minorities that Gov. Gavin Newsom signed on Sept. 27.

“It is good for workers because they can get a better sense of whether they’re paid what they’re worth,” Sean Higgins, a research fellow at the libertarian Competitive Enterprise Institute, said in an email. “To the extent that there is a problem, it is that the raw numbers themselves don’t explain why pay differences exist and can therefore be misleading.”

Multiple factors determine why an employer offers one candidate more money than another — including seniority, specialized skills, unemployment rates and productivity reviews.

Julia Pollak, chief economist at ZipRecruiter, said the jobs website has found that postings with disclosed salary ranges attract three times more applications. But she said there’s no evidence the practice creates better pay offers for those who already earn less than others.

“In most markets, neither companies nor candidates can set wages. Rather, wages emerge through a process of discovery and negotiation,” Ms. Pollak said, noting that companies tend to pay more for the best candidates and less for the weakest.

She said employers can have valid reasons for withholding salary information, as disclosing the middle of the range can scare off top-dollar candidates while disappointing lower-quality candidates.

With millions of Americans slow to return to low-paying jobs they quit during COVID-19 quarantines, pressure has mounted on employers to disclose salary ranges voluntarily.

The job search engine Adzuna reported Wednesday that 54% of Americans responding to a survey said they rejected offers after learning the salary at the end of long interview processes. Another 33% of the 2,000 job seekers surveyed said they would not interview without knowing the salary range upfront.

Conducted Sept. 26-28 among adults who had applied for jobs in the last five years, the survey found that 28% cited no salary or a lack of salary clarity on job ads as their biggest frustration.

Adzuna says only 3% of U.S. job listings include salary ranges. The company recently launched an online petition to make it a national requirement.

“We’re campaigning to make salary transparency a federal law in the U.S. and calling on all companies to join our mission,” said Doug Monro, Adzuna’s co-founder and CEO. “We want employees to know their worth and waste less time on applications, but we also want to bring value to employers who will be able to attract the right candidates for their open roles.”

Not everyone agrees that wage transparency laws will produce these benefits.

“I have no problem with employers or employees sharing information about salaries. It is a free country,” said Walter Block, a professor of economics at Loyola University New Orleans. “But it is not a free country when the government compels either. Will this narrow the pay gap? Of course not. Wages are dependent upon productivity.”

“There are some distinct, especially short-term, advantages for job seekers in knowing the range of possible salaries for positions before they have to make their bid,” Mr. Shepard said. “But there are also longer-term disadvantages for employees, employers and the economy generally.”

Another problem will be federal antitrust laws, which prevent companies in the same industry from reducing competition for talent by agreeing to offer the same low compensation.

The issue became a renewed concern early in the pandemic when many frontline health workers quit their jobs, leaving hospitals short-staffed. In a joint April 2020 statement, the Department of Justice’s Antitrust Division and the Federal Trade Commission warned healthcare companies and staffing agencies not to collude on hiring packages.

According to the experts, wage transparency could make it easier for companies to track and match what their competitors pay, pushing all salaries down.

“No company is going to pay someone more and be accused of predatory hiring practices,” said Sam Kain, a finance professor at Walsh College in Michigan.