More than 1,000 bats rescued in Houston after suffering hyperthermia 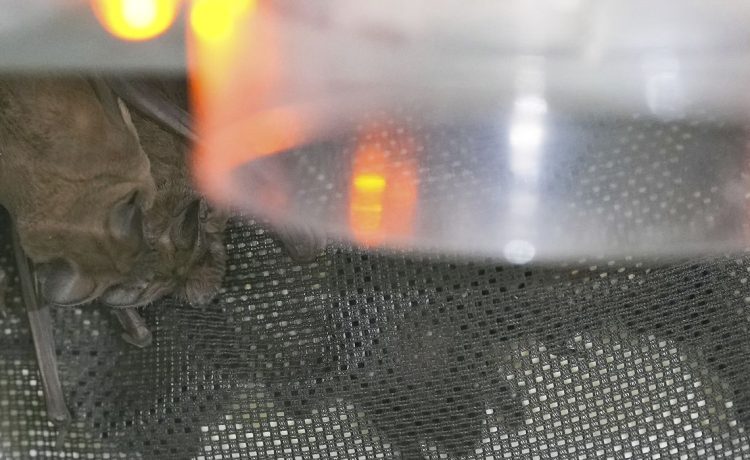 Animal advocates rescued 1,544 bats that went into hypothermic shock during the recent cold snap and plummeted from roosts on two Houston-area bridges.

The bats were released back into their habitats Wednesday night.

Freezing temperatures in the Houston area on Dec. 22 caused the Mexican free-tailed bats, which live on Houston’s Waugh Drive bridge and a bridge in Pearland, Texas, to lose their grips and fall 15-30 feet.

From Friday to Tuesday, 1,544 bats were rescued, according to the Houston Humane Society’s Facebook page.

The bats were put in incubators and given fluids at multiple rescue locations. Some went to the Houston Humane Society’s Texas Wildlife Rehabilitation Coalition Center, but there was not enough space for all of them.

The rest were warehoused in dog kennels in the attic of Houston Humane Society Wildlife Director Mary Warwick, according to the Associated Press.

Of the initial group from the two bat colonies, nearly 700 were released on Waugh Drive on Wednesday, with around 850 released in Pearland. Over 100 bats died as a result of the cold, some due to the precipitous fall they took from the bridges.

The rest are still convalescing, including 56 at the Bat World sanctuary in Mineral Wells, Texas, and 20 with Ms. Warwick, according to the Associated Press.

“I think it was a whopping success. I’m really happy with how it turned out and glad we were able to save as many as we could,” Ms. Warwick told the Houston Chronicle.