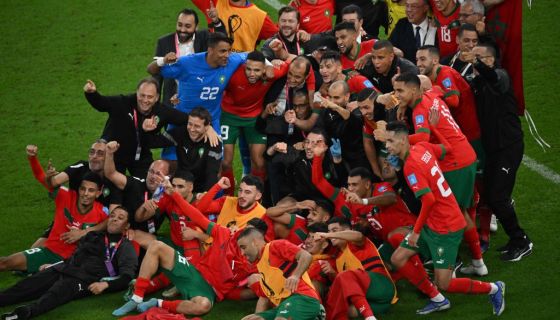 Morocco has officially done what nobody thought they could, not only beating soccer powerhouses Spain and Portugal, but becoming the first African team ever to advance to the World Cup semifinals. 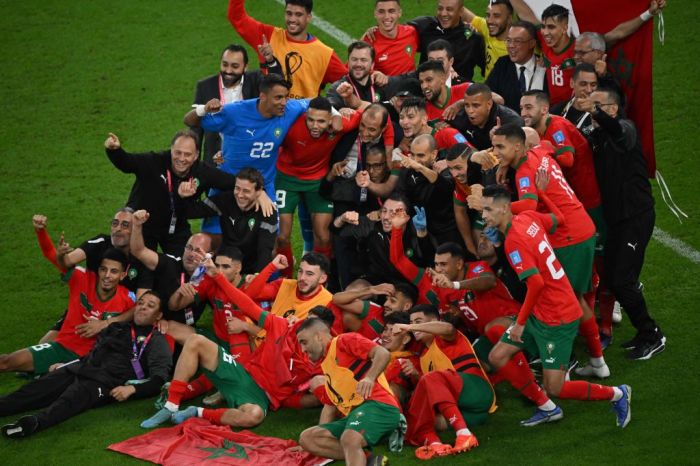 With a 1-0 win over Portugal on Saturday, Morocco is going to the World Cup semifinals.

The winning goal came in the last minutes of the first half, when Youssef En-Nesyri won a header from a perfect cross by Yahya Attiat-Allah. Portugal keeper Diogo Costa tried to beat En-Nesyri to the cross, but Youssef out-jumped everyone and buried the ball into the back of the net.

Morocco was able keep a clean sheet, holding back Portugal’s many scoring opportunities during the second half and finishing the match with an undeniable victory–all without having to go into overtime or take penalty kicks, like in their victory against Spain.

To make this victory an even bigger deal, the North African country’s surprising run to the semifinals likely ends Cristiano Ronaldo’s chances of ever winning a World Cup. At 37 years old, the star started on the bench for a second consecutive game, unable to make the ball into the back of the net after joining Portugal for the second half.

While Morocco was an underdog going into this World Cup, their success in this tournament can’t be questioned. The Moroccans have allowed just one goal through five games, which was an own goal. No opposing player has scored against Morocco in this World Cup.

Their defensive excellence is a huge reason why Morocco won Group F over Croatia, Belgium, and Canada and how it became the fourth different African country to make the quarterfinals of a men’s World Cup. Cameroon first made the quarterfinals in 1990 before Senegal in 2002 and Ghana in 2010.

Now, Morocco has a chance at winning it all. They go on to face the winner of today’s England-France match up on Wednesday, December 14.