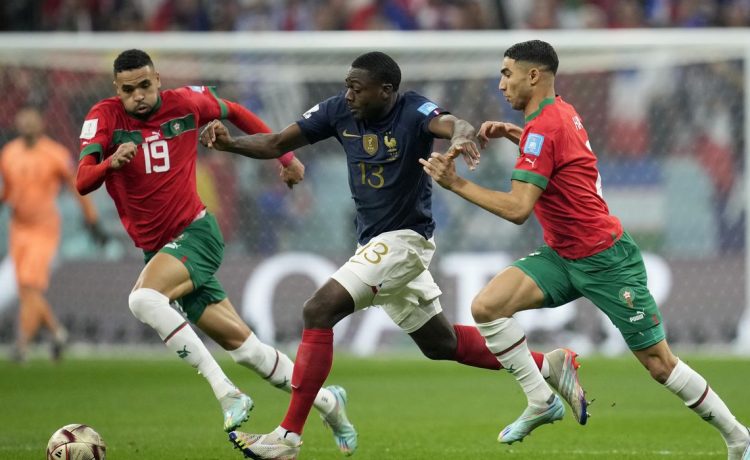 RABAT, Morocco — After its sensational World Cup performance, Morocco’s national soccer team might boycott the African Nations Championship next month because of a diplomatic dispute with tournament host Algeria.

The Moroccan Football Federation said its team will only compete if there is a direct flight from the Moroccan capital Rabat to the Algerian city of Constantine, where Morocco’s games are scheduled to be played.

Moroccan military and commercial aircraft have been barred from Algerian airspace since the two neighbors severed diplomatic ties last year. Their dispute is linked to multiple issues, including the contested Western Sahara, a territory that Morocco annexed in 1975 and that Algeria-backed Sahrawis have long sought independence for.

The Moroccan federation said in a statement Tuesday that it had written to the African Union about procedures for African sports events and “facilitating the conditions of the participating teams.”

In its letter to the AU, the Moroccan federation demanded that the national team be able to fly directly to Constantine on a private aircraft of Royal Air Maroc, the official carrier of Morocco’s national teams.

Algeria’s government has not responded publicly to the demand.

The African Nations Championship involves players for local clubs and runs Jan. 13 to Feb. 4. Morocco is scheduled to play against Sudan, Madagascar, and Ghana in the group phase.

Morocco became the first African or Arab nation to reach the semifinals of the World Cup in this year’s tournament in Qatar.