Most Americans disapprove of job Supreme Court is doing: Survey 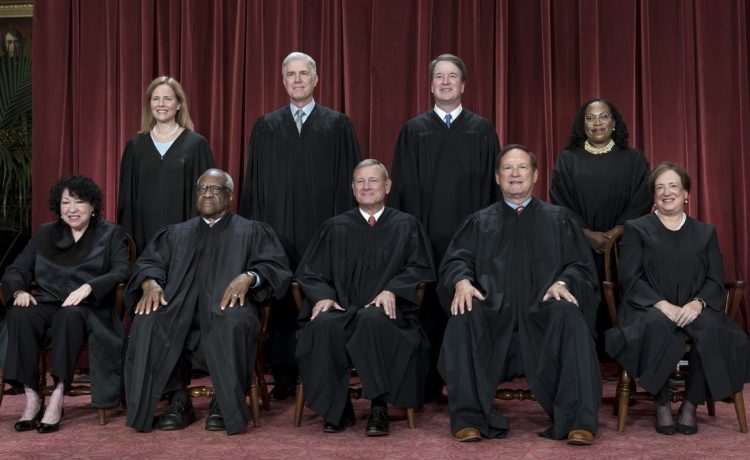 A poll published Monday shows that more people disapprove than approve of the job the Supreme Court is doing, saying the justices are acting partisan and like politicians.

The Annenberg Public Policy Center survey conducted in August, two months after the high court overturned the national right to abortion. It found that 53% of Americans disapprove of how the court is handling its job. Only 39% approved of the high court’s work.

According to the polling company, which has been conducting the survey for more than a decade, 2022 produced a meaningfully “wide gap” between how Republicans perceive the court compared to Democrats and independents.

Seventy percent of Republicans had a great deal or fair amount of trust in the court, while only 32% of Democrats said the same.

“Whether the perceptions registered in our survey are justified or not, they are worrisome,” said Kathleen Hall Jamieson, director of the Annenberg Public Policy Center. “For the court to play its role in our system of government, it is important that it be perceived to be an independent branch that impartially and fairly bases its decisions on the Constitution, the law, and the facts of the case.”

Only 40% of those surveyed said they believe Supreme Court justices set aside their personal and political beliefs when issuing rulings.

The Supreme Court kicked off its new term last week after the previous term created a stir with the unprecedented leak of a draft opinion and the justices overturning national abortion rights.