Most Americans, including Democrats, concerned about Biden’s mental health: Poll 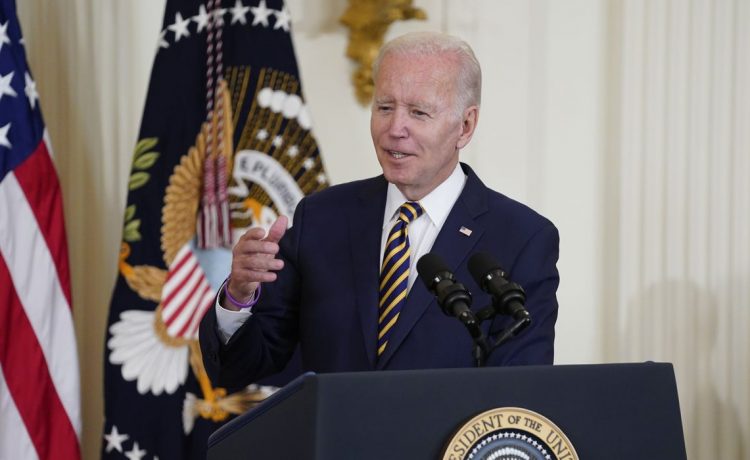 The majority of Americans, including Democrats, say they are concerned about President Biden’s mental health amid recent gaffes and swirling questions about whether the 79-year-old should pursue a second term.

An Issues & Insights/TIPP poll released Monday found that 59% of respondents expressed concern about Mr. Biden’s mental health, with 36% saying they were “very concerned.” The poll showed that 21% had no concerns at all, while 18% said they “were not very concerned.”

Among Democrats, 39% said they were worried about the president’s mental condition, compared to 82% of Republicans and 56% of independents.

“While not a majority, it’s still significantly high,” Issues & Insights wrote in reporting the survey’s results.

However, 58% of Democrats said they’re not concerned about the president’s mental health. Just 17% of Republicans and 39% of independents agreed.

Meanwhile, 63% of Whites and 61% of Latinos said they were concerned. Blacks expressed the most confidence in Mr. Biden, with 53% saying they were not concerned about the president’s mental state, compared to 44% who said they were.

“The fact is, based on these polling data, there is genuine concern among virtually all groups over Biden’s cognitive health,” Issues & Insights wrote in its summary of the poll results.

The pool was conducted online Aug. 2-4, with 1,335 U.S. adults responding. It has a margin of error of plus or minus 2.8 percentage points.

Mr. Biden is the oldest person to serve as president, and some have openly wondered if he has the energy to handle the job’s demands. His tenure has been plagued by gaffes and verbal stumbles that have raised questions about his cognitive abilities.

Mr. Biden’s Middle East trip last month was plagued with verbal slips, including mistakenly referring to U.S. troops’ “selfishness” instead of “selflessness” and calling for people to remember the “honor” of the Holocaust before correcting himself and saying “horror.”