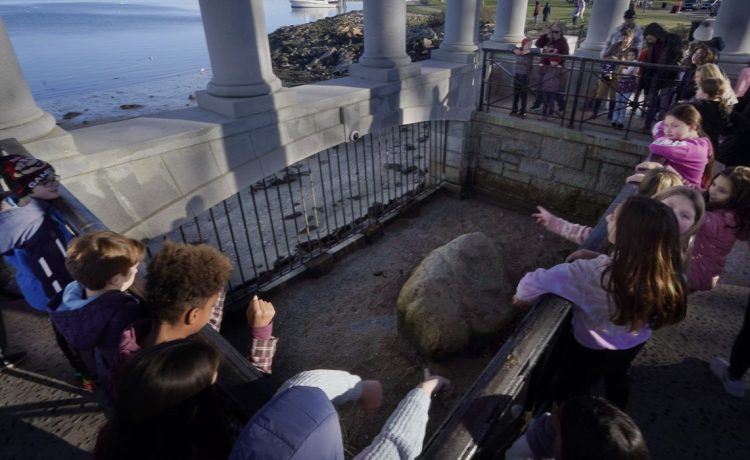 Teenagers may enjoy being out of school to eat turkey on Thursday, but don’t expect them to be able to tell you if Thanksgiving is a federal holiday.

And 89% of the 569 adolescents who completed the quiz about Thanksgiving’s origins failed to earn higher than a “C” grade.

In the quiz, 66% of students did not know Thanksgiving is a federal holiday and 74% did not know George Washington first proclaimed it.

The quiz follows holiday surveys that Brainly conducted among the same grade levels this year, fueling debate among historians about a decline in U.S. civics knowledge.

Those surveys found that only 59.5% of middle and high school students said they had learned about Independence Day in school and more than 30% did not know, heading into Flag Day, that the 50 stars on the U.S. flag represent the 50 states.

“It confirms my 44 years of teaching experience that 30% of undergraduates could not pass the U.S. citizenship test. They don’t think anything happened before they were born,” said Joseph Ellis, a Pulitzer Prize-winning constitutional historian.

“We’re fighting a losing battle here, but it’s a battle worth fighting. Cicero once said that a person who does not understand the past shall forever remain a child,” Mr. Ellis said.

Others said the quiz is irrelevant with regard to the origins of Thanksgiving in the oppression of Indigenous peoples.

“Holding up a shared meal as a symbol of Native American and colonial relations sugarcoats what was fundamentally a violent conquest,” said David J. Silverman, a colonial historian specializing in race and Indigenous peoples. “A lot of Americans think history is just a series of facts to memorize, but a history education is an ability to narrate a story about the past based on evidence.”

A professor at George Washington University, Mr. Silverman called the story of Thanksgiving “an opportunity to explore the history of national mythmaking.”

In September, an annual Constitution Day survey from the Annenberg Public Policy Center found that fewer than half of Americans could name the three branches of the federal government (executive, legislative and judicial), a significant drop from last year.

Such results show the effects of historians teaching a “disdainful view” of American history as a narrative of colonial oppression, said Peter Wood, president of the conservative National Association of Scholars.

“The result of this maleducation is that many students are ignorant about the events that lie behind the national holiday, and many are even hostile to the precedent for self-government, religious tolerance and amicable relations between Europeans and Native Americans that was set by the founders of Plymouth,” said Mr. Wood, a former associate provost at Boston University.