The Great Days > News > Most voters ready to give Biden the boot: Only a third would reelect him to a second term
News

Most voters ready to give Biden the boot: Only a third would reelect him to a second term 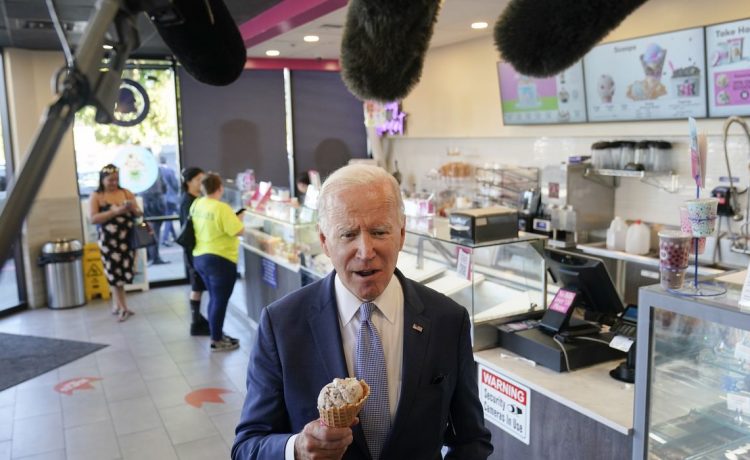 Just one-third of voters say they would elect President Biden for a second term in 2024 if the election was held today, a new poll revealed.

Among independents, 54% said they would vote for someone else while only 13% said Mr. Biden would have their vote. A quarter said it is too early to tell or they are unsure.

The results of the Fox News survey conducted between Oct. 9-12 underscored a key challenge for Democrats hoping to lean on the president in their uphill battle against Republicans for the majority in Congress during next month’s midterm election.

A 62% majority of registered voters said Mr. Biden is not a strong leader. More than half — 56% — said he does not have the mental soundness to serve. Voters also quested his trustworthiness with 52% saying he is not honest and trustworthy and 51% saying he does not care “about people like me.”

Democrats face stiff headwinds going into the midterms amid persistent inflation, gasoline prices ticking up again and an economic outlook that grows more gloomy by the day.

Democratic candidates in tough races have been apprehensive about campaigning alongside Mr. Biden who has consistently low approval ratings.

On a recent three-state trip in the West last week, Mr. Biden steered clear of stops in Arizona and Nevada, where his presence could hurt Democrats in tight Senate races critical in determining which party controls the upper chamber.

Mr. Biden’s overall approval rating ticked up to 46% this month from 43% last month, but voters are becoming less enthused with the prospect of running again in 2024.

With just 33% of voters overall saying they would vote for Mr. Biden for a second term now, he now ranks below former President Donald Trump’s lowest reelection numbers of 35% in January 2018 and former President Barack Obama’s lowest of 39% in September 2010.

Among Democrats, 7 in 10 would vote for his reelection while 9 in 10 Republicans say they would choose someone else.

The poll was published Sunday and had a margin of error of plus or minus 2.5 percentage points.