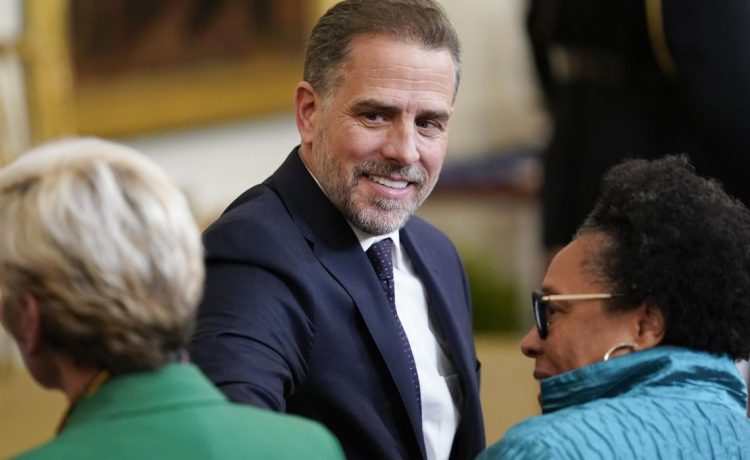 After teasing his followers with a promise to disclose “what really happened with the Hunter Biden story suppression,” Mr. Musk linked to a lengthy Twitter thread by independent journalist Matt Taibbi showing the behind-the-scenes deliberations.

It portrays company executives plotting their course in response to the New York Post story exposing the now widely authenticated laptop. The documents show Twitter executives often acted on requests from both political parties, but largely from Democrats.

“However…  This system wasn’t balanced,” Mr. Taibbi wrote. “It was based on contacts. Because Twitter was and is overwhelmingly staffed by people of one political orientation, there were more channels, more ways to complain, open to the left (well, Democrats) than the right.”

At one point, weeks before the election, Trump spokeswoman Kayleigh McEnany was locked out of her account for tweeting about the New York Post story. It prompted a furious email from Trump campaign staffer Mike Hahn, who seethed at Twitter officials, “At least pretend to care for the next 20 days.”

Meta CEO Mark Zuckerberg recently disclosed that, acting on FBI warnings on the authenticity of the laptop computer, Facebook began censoring online discussion of the Post’s story and the laptop.

Twitter went to extraordinary lengths to suppress the laptop story, labeling it “unsafe” and blocking users from sharing links to the story via direct message, though Friday’s revelations point to no specific influence from government officials leading to the story’s suppression on the platform.

But internally, Twitter executives went back and forth on how to handle the story amid a deluge of criticism from users and political figures from both sides of the aisle.

“You can see the confusion in the following lengthy exchange, which ends up including [Vijaya] Gadde and former Trust and safety chief Yoel Roth,” Mr. Taibbi wrote. “Comms official Trenton Kennedy writes, ‘I’m struggling to understand the policy basis for marking this as unsafe.’”

Mr. Taibbi said the deliberations spanned the highest reaches of the company, but did not include Twitter’s founder and CEO Jack Dorsey.

“’They just freelanced it,’ is how one former employee characterized the decision,” Mr. Taibbi wrote. “Hacking was the excuse, but within a few hours, pretty much everyone realized that wasn’t going to hold. But no one had the guts to reverse it.”

In one email, Twitter’s former Vice President of Global Communications  Brandon Borrman asked “Can we truthfully claim this is part of the policy?” Deputy General Counsel Jim Baker responded saying that “caution is warranted.”

Rep. Ro Khanna, California Democrat, responded to the brewing controversy, warning in an email to Ms. Gadde that the decision would create blowback on Capitol Hill.

“Generating huge backlash on hill re speech,” Mr. Khanna wrote in an email. “Happy to chat if you’re up for it.”

The pledge, though, has ruffled feathers especially among some who warn that unfettered Twitter posts spell doom for democracy.

President Biden earlier this month lamented Mr. Musk’s Twitter takeover and accused the platform of spreading disinformation around the globe.

Mr. Musk said last month that lifting the veil on Big Tech’s suppression of the Hunter Biden laptop story just weeks before the election was crucial for restoring public trust.

Earlier this week, Mr. Musk said in a post on his platform that under previous leadership, Twitter has “interfered in elections,” though he did not specifically allege interference in the 2020 U.S. presidential election.