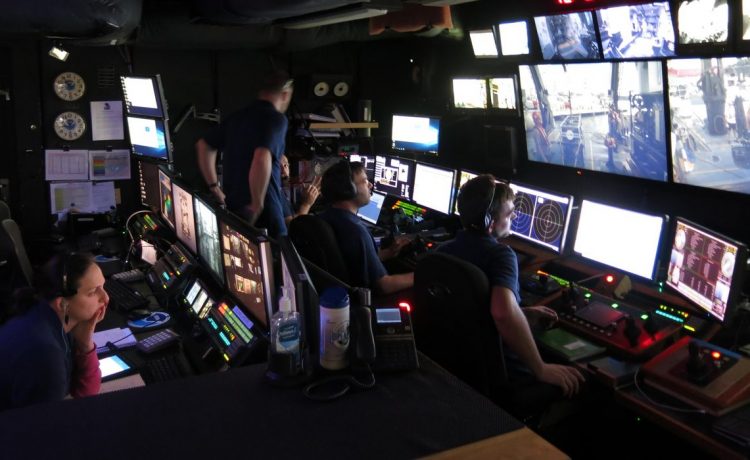 A National Oceanic and Atmospheric Administration exploration team recently uncovered several sets of mysterious holes on the floor of the Atlantic Ocean.

On Saturday, the NOAA ship Okeanos Explorer explored a volcano 1.7 miles underwater in the Mid-Atlantic Ridge, which at 10,000 miles is the longest mountain range on Earth, according to the NOAA’s expedition page.

As a two-person remotely operated vehicle explored the area, the expedition team found several sets of linear holes in the seafloor. They were stumped about the origin or cause of the holes, although they noted similarities to human-made holes and sediment nearby that suggested something dug the holes.

On Saturday’s #Okeanos dive, we saw several sublinear sets of holes in the seafloor. The origin of the holes has scientists stumped. The holes look human made, but the little piles of sediment around them suggest they were excavated by…something.

The purpose of NOAA’s three Journey to the Ridge expeditions this year is to further explore the unique hydrothermal vent habitats of the Mid-Atlantic Ridge and the Azores Plateau.

The current, second expedition will last through July 30 and explore the Mid-Atlantic Ridge north of the Azores archipelago.

The mountain range is an active tectonic zone, especially where it meets the continental plates of Africa and Eurasia. The most well-known earthquake to originate from that zone was the Nov. 1, 1755, earthquake in Lisbon, Portugal, which reached an estimated magnitude of 7.7.