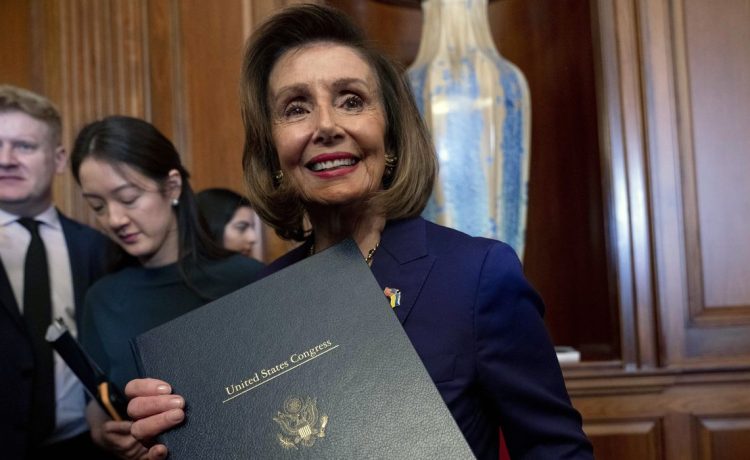 House Speaker Nancy Pelosi suggested some House Republicans who supported legislation codifying federal same-sex marriage protections before the November election did so to score points with voters, after they voted against a similar bill that passed the House on Thursday.

“We wonder why before the election they voted for it. Did they see that to be their advantage?” Mrs. Pelosi, California Democrat, told reporters. “And after the election, they voted against it.”

The House first passed the Respect for Marriage Act in July, prior to the Senate amending it to include religious liberty exemptions and sending it back to the House for final approval. On Thursday, seven of the dozens of House Republicans who previously backed the measure voted against it despite changes that were made to win over conservatives.

The bill, which President Biden will sign into law after it passed both chambers with bipartisan support, offers some religious liberty carve-outs.

Those include protections for nonprofit religious groups, such as churches, from lawsuits if they refuse to provide services for same-sex marriages. Private businesses will still be exposed to litigation if they won’t cater to same-sex marriage ceremonies or parties. States would also be exempted from issuing marriage licenses that are contrary to state law.

While 12 Senate Republicans voted for the bill last week and 39 House Republicans supported it Thursday, most GOP lawmakers felt it did not go far enough to shield individuals and businesses from government retribution and civil lawsuits. More Republicans — 47 — voted for the House’s original version in July, prior to the religious liberty exemptions being added by the Senate.

Rep. Dan Meuser of Pennsylvania, for example, was one of the seven House Republicans who previously supported the legislation but voted against it Thursday. He suggested the current version “includes language that puts religious freedoms in jeopardy and opens up organizations to civil suits.”