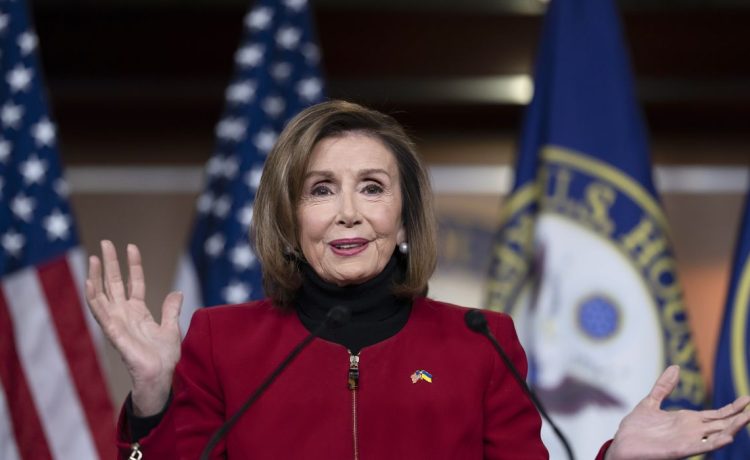 House Speaker Nancy Pelosi and Senate Majority Leader Charles E. Schumer said on Thursday that President Biden should seek reelection in 2024, citing his connection with the American people and his “excellent” first two years in office.

The top Congressional Democrats offered their support amid speculation that Mr. Biden could announce his decision early next year.

“He’s a person with a great vision for our country. He’s been involved for a long time, so he has great knowledge of the issues and the challenges we face. And he’s the most empathetic president. He connects with the American people,” she said.

Mr. Biden has faced questions within his own party about whether he should seek reelection amid consistently low approval ratings and concern that he will be up for the job.

Anxious chatter within the Democratic Party over Mr. Biden’s intention to run in 2024 largely cooled following a string of legislative victories over the summer and in the lead-up to the midterms.

“The vision, the knowledge, the strategic thinking is all here,” Mrs. Pelosi said. “The empathy is from the heart. And I think that he’s been a great president.”

Mr. Schumer, New York Democrat, agreed with his House colleague during the joint interview at a Chinese restaurant on Capitol Hill.

“He’s done an excellent, excellent job,” Mr. Schumer said. “And, if he runs, I’m going to support him all the way.”

Mr. Schumer also took a dig at former President Donald Trump, who announced his candidacy for 2024 last month despite losing his grip on the GOP after the party’s worse-than-expected showing in the midterms.

He said he has no doubt the former president is headed toward defeat.

“The American people have gotten wise to him,” Mr. Schumer said. “It took a little while, but they did.”

Mr. Biden has signaled that he will likely run for president again in 2024 but hasn’t formally declared his candidacy. In a post-midterm elections press conference, Mr. Biden said he plans to seek re-election but won’t make an official announcement until early 2023.

White House chief of staff Ron Klain said earlier this month that Mr. Biden will make his final decision over the holidays.

First lady Jill Biden has told White House staff that she is “all in” for her husband running in 2024, CNN reported Thursday.

– Jeff Mordock contributed to this report.