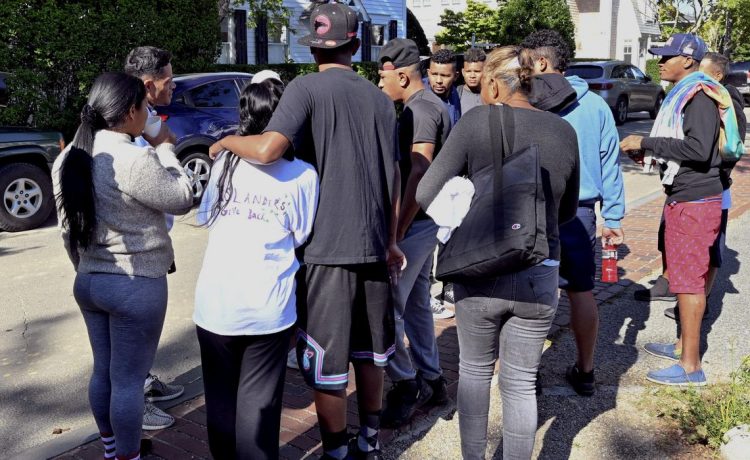 Authorities at another tony island in Massachusetts — Nantucket — said a plane full of migrants might arrive Tuesday after airport workers told police they expect a plane with “many similarities” to the one that carried Venezuelans to Martha’s Vineyard last month.

Police at the island, a popular vacation getaway and wealthy enclave, said they will be prepared.

“In the event there is an arrival of a plane carrying migrants, the Nantucket Police Department and many other town departments have a detailed plan to manage such a situation,” the department said in a press release over the weekend.

It is unclear who will be on the plane. The Inquirer and Mirror newspaper reported it is a business flight out of Chicago, though it is being managed by the same company that flew about 50 migrants to Martha’s Vineyard.

Florida Gov. Ron DeSantis arranged the flight of migrants. Many of them were from Venezuela and enlisted in Texas for the trip to Massachusetts.

Republicans jeered Massachusetts authorities for going into emergency mode and whisking the migrants to the mainland after they landed, saying the island professed to be a sanctuary for illegal immigrants.

Island residents said they showed compassion for the travelers and derided Mr. DeSantis for the lack of coordination with locals ahead of the surprise flight.

Some of the migrants filed a class-action suit against the Florida governor. They say they were given false promises about what awaited them in Massachusetts.