Naomi Biden, fiance crashed at White House for months before tying the knot on South Lawn 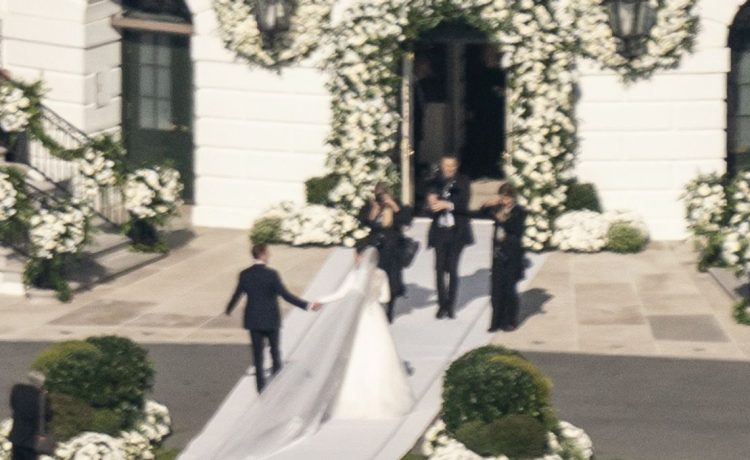 President Biden and first lady Jill Biden have had a full house over the past few months.

Naomi Biden, the recently married daughter of Hunter Biden, has been living in the White House for months along with her now-husband, Peter Neal, and their Australian shepherd Charlie.

Details of the couple’s living arrangement were confirmed in a Vogue digital cover story published Tuesday, offering a rare glimpse into their White House wedding over the weekend.

The 28-year-old lawyer told the glamour magazine that the two asked to live with the president and first lady “for a few months while wedding planning” after their lease ran out on their previous D.C. digs.

“I try to remind myself it’s the White House, but it also gets normalized over time,” she said.

The two were married in a private ceremony on the South Lawn over the weekend.

With the exception of Vogue, the press was not allowed to attend the exclusive nuptials at “The People’s House.”

The White House press corps lashed out at the administration over its decision to bar journalists from the wedding.

White House press secretary Karine Jean-Pierre told flummoxed reporters that the decision was at the request of the bride-to-be.

“Naomi and Peter [Neal] have asked that their wedding be closed to the media and we are respecting their wishes,” she said. “This is their wish and we should be thrilled and happy for them in making this really important step in their lives.”

The Nov. 19 ceremony was the 19th wedding to take place at the White House.