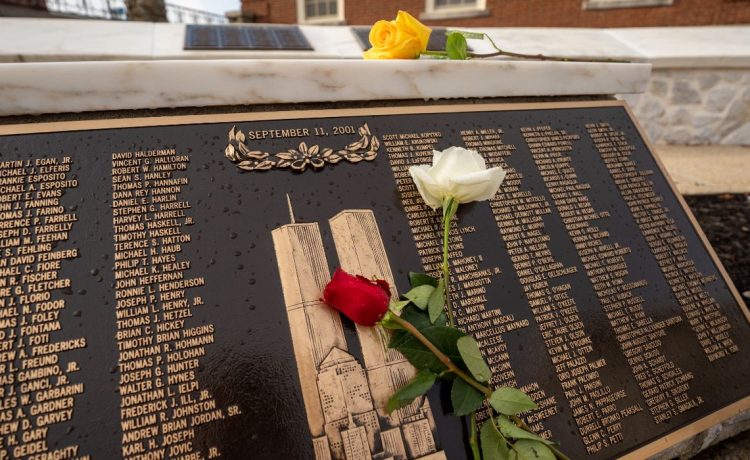 Sara Laird says it feels “surreal” that her late husband, Josh, will be among the 148 honorees Sunday at the National Fallen Firefighters Memorial in Emmitsburg, Maryland.

“It’s hard to put into words what attending the ceremony means,” Mrs. Laird, 43, told The Washington Times. “Having my husband honored will help ensure he is not forgotten, and that means a lot to my daughters and I.”

Frederick County Fire Capt. Josh Laird was killed Aug. 11, 2021, in the line of duty battling a large house fire in Ijamsville. His funeral was attended by Gov. Larry Hogan and hundreds of firefighters, who recalled his words, spoken over a portable radio on Engine 251: “Tell my family I love them.”

Fourteen months later, his widow and two school-aged daughters will see him honored again at the national memorial, six miles from their home in Fairfield, Pennsylvania.

Sunday’s ceremony, the 41st annual National Fallen Firefighters Memorial Service, will commemorate 108 firefighters who died in the line of duty in 2021 and 40 who died in previous years.

As part of the ceremony, leaders of the Congressional Fire Services Caucus will present to the families of the fallen 148 American flags that have flown over the U.S. Capitol.

Bereaved families will travel from as far away as Alaska and the Virgin Islands to attend memorial events on Saturday and Sunday, according to the National Fallen Firefighters Foundation in Emmitsburg.

Emergency Service Honor Guard Commander Claudia J. Garner said she has volunteered at the memorial weekend for the past 15 years.

“We come together as one big family and surround the families with love, support and compassion while bestowing the highest honors to our nation’s bravest,” said Ms. Garner, 46, a member of the Cumberland County Department of Public Safety in Pennsylvania. “We help them to understand it’s OK to not be OK, to take a step forward, to take a step backward or just to stand still for a bit.”

Other families are coming back for the service, which has become a tradition for many.

Oklahoma resident Sandra Clinton, 54, said she is returning because of her late husband, Maddy — a power company lineman who served as assistant chief of the Friendship Volunteer Fire Department in Altus. He died Aug. 10, 2018, when a porch roof collapsed on him as he fought a fire at a house under construction.

“When I attended memorial weekend the year my husband was honored, I felt so loved, respected and understood,” Mrs. Clinton said. “I wanted to come back to assist the new families during the memorial and help them know that they are not alone.”

Indiana residents Dwayne and Katrina Murphy lost their son, Kendall, in November 2017 — a year and a half after he had joined the Montgomery Volunteer Fire Department in their town of 500 residents.

He died after another emergency vehicle accidentally struck him as he arrived at a crash scene. The 27-year-old was engaged to be married in September 2018.

His parents are returning for the first time since he was honored in 2018.

“It was like being on sacred grounds and when we got to the memorial where his name is on a plaque, it was like he was there with us,” said Mr. Murphy, 54, who has served in the Montgomery VFD since 1988. “We always had plans to return and help others like we were helped.”

Emmitsburg is home to the National Emergency Training Center, which includes the U.S. Fire Administration, the National Fire Academy and the Emergency Management Institute.