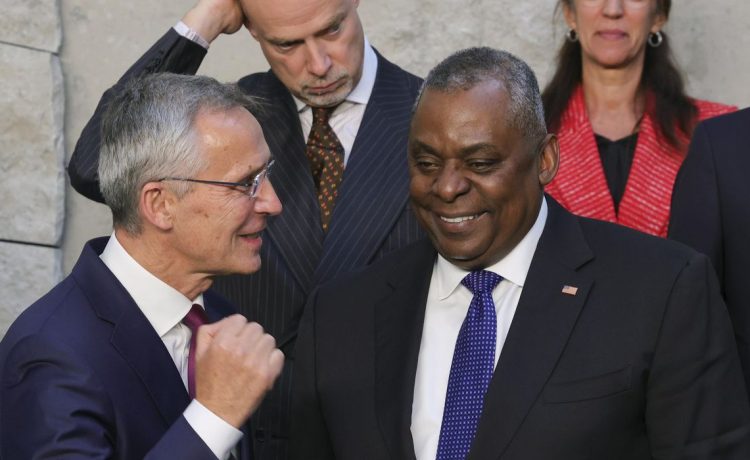 BRUSSELS (AP) — NATO on Monday began its long-planned annual nuclear exercises in northwestern Europe as tensions simmer over the war in Ukraine and President Vladimir Putin’s threat to use any means to defend Russian territory.

Fourteen of NATO’s 30 member countries were due to take part in the exercises, which the military alliance said would involve around 60 aircraft including fighter jets and surveillance and refueling planes.

The bulk of the war games will be held at least 1,000 kilometers (625 miles) from Russia’s borders.

U.S. long-range B-52 bombers will also take part in the maneuvers, dubbed Steadfast Noon, which will run until Oct. 30. NATO is not permitting any media access.

NATO said that training flights will take place over Belgium, which is hosting Steadfast Noon this year, as well as over the North Sea and the United Kingdom. The exercises involve fighter jets capable of carrying nuclear warheads, but do not involve any live bombs.

The exercises were planned before Putin ordered Russian troops into Ukraine in February. Russia usually holds its own annual maneuvers around the same time, and NATO is expecting Moscow to exercise its nuclear forces sometime this month.