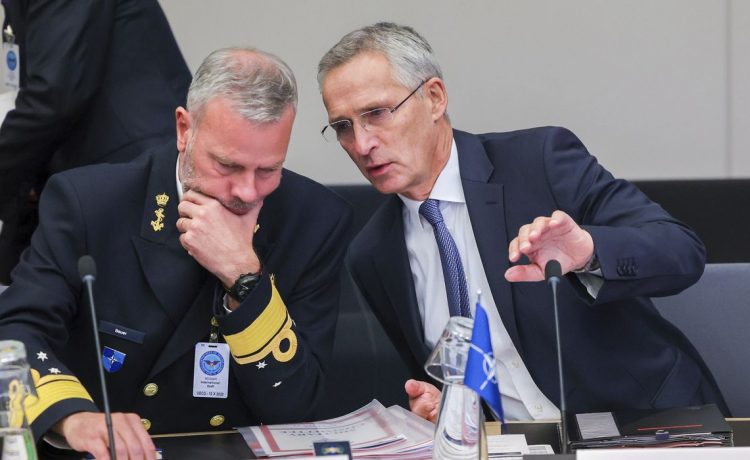 NATO will proceed with its annual nuclear exercises next week, despite tensions with Russia over the war in Ukraine and comments from Kremlin leaders that they will use all available means to defend Russian territory, NATO Secretary-General Jens Stoltenberg said Tuesday during a meeting of alliance defense ministers in Brussels.

More than a dozen NATO members will participate in the Steadfast Noon exercise, which will involve aircraft capable of carrying nuclear warheads but without the use of any live bombs.

“Now is the right time to be firm and to be clear that NATO is there to protect and defend all allies,” Mr. Stoltenberg said. “This is a long time, planned exercise, actually planned before the invasion of Ukraine. It’s a routine exercise, and it’s an exercise to ensure that our nuclear deterrent remains safe, secure, and effective.”

Mr. Stoltenberg said that NATO has been open and honest about the Steadfast Noon exercises in the past and that canceling the drill in response to Russian nuclear provocations would set a bad precedent.

“NATO’s firm, predictable behavior, our military strength, is the best way to prevent escalation. We are there to preserve peace, to prevent escalation, and prevent any attack on NATO allied countries,” he said. “If we now created the grounds for any misunderstanding [or] miscalculation in Moscow about our willingness to protect and defend all allies, we would increase the risk of escalation, and that’s the last thing we will do.”