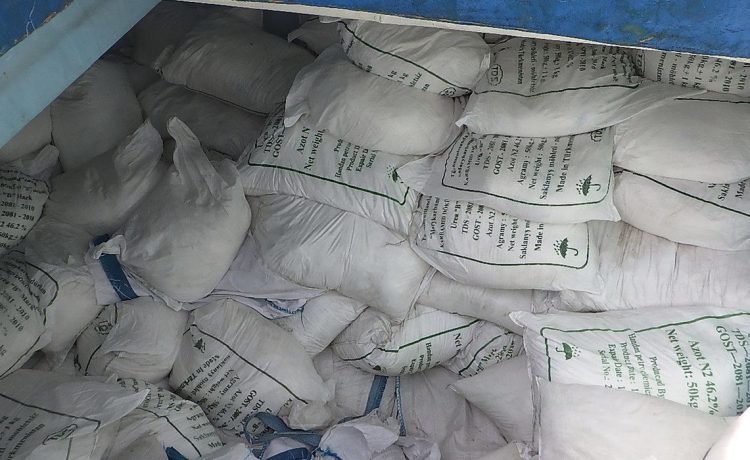 The Navy says it seized enough material to fuel more than a dozen ballistic missiles when warships from the 5th Fleet intercepted a fishing vessel heading from Iran to Yemen.

The Navy found more than 70 tons of ammonium perchlorate, commonly used to make rocket and missile fuel as well as explosives, on Nov. 8 when it intercepted the fishing vessel as it transited international waters, the 5th Fleet said Tuesday.

“This was a massive amount of explosive material,” said Vice Adm. Brad Cooper, commander of U.S. Naval Forces Central Command. “The unlawful transfer of lethal aid from Iran does not go unnoticed. It is irresponsible, dangerous, and leads to violence and instability across the Middle East.”

The fishing boat was intercepted while transiting from Iran along a route often used to traffic weapons to Yemen, where the government is engaged in a civil war with Houthi rebels, officials said. Transferring weapons to the Houthis violates U.N. Security Council resolutions and international law, officials said.

The search of the boat also uncovered more than 100 tons of urea fertilizer — a chemical compound traditionally used in agriculture but also known as an explosive precursor.

The U.S. Coast Guard ship USCGC John Scheuerman and guided-missile destroyer USS The Sullivans intercepted the vessel. A Navy explosive ordnance disposal team also took part in the weeklong effort to search the boat and verify the type of material that was found, officials said.