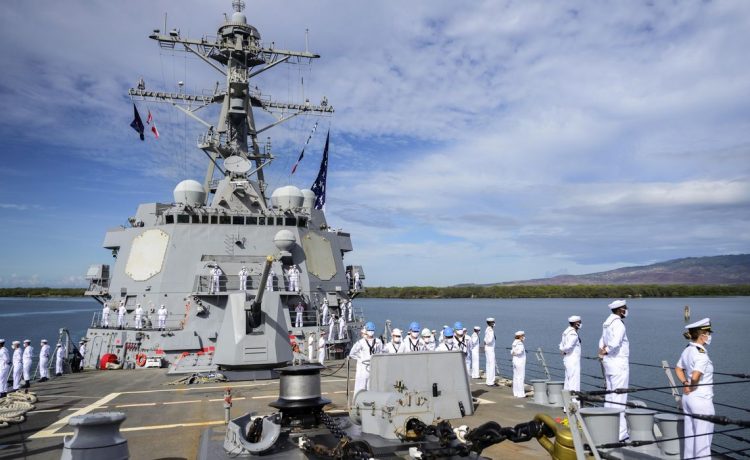 A Navy officer must serve a three-year prison sentence after a Japanese court convicted him of negligent driving that led to the death of two people.

An appeals court in Japan upheld the conviction of Lt. Ridge Hanneman Alkonis, who was accused of falling asleep while driving.

His conviction in a lower court was upheld for the May 2021 incident outside a restaurant following a family hike up Japan’s Mount Fuji, the Stars and Stripes newspaper reported Wednesday.

The appellate panel considered Alkonis’ remorse for the incident and the fact that he agreed to pay the victims’ family $1.6 million but said those factors were outweighed by the gravity of what happened.

“This is a case which is sufficient to consider a prison sentence,” said Tokyo High Court Judge Akira Ando, according to Stars and Stripes.

Alkonis was negligent by failing to stop the car when he felt drowsy. He drove into a group of pedestrians and parked cars outside the restaurant.

An 85-year-old woman and her 54-year-old son-in-law were killed. A second woman, the 53-year-old daughter and wife of the other victims was injured, Stars and Stripes reported.

Alkonis is a weapons officer aboard the USS Benfold based at the Yokosuka naval base. In a statement released to Stars and Stripes, the Navy called the Japanese court ruling “disproportionate.”

“This was a tragic event that resulted in the loss of two precious lives, and tremendous pain for everyone involved,” Cmdr. Katie Cerezo told the newspaper in an email. “We respect the judicial process. However, we are disappointed with the result, which we believe is uncommonly disproportionate given the mitigating circumstances.”