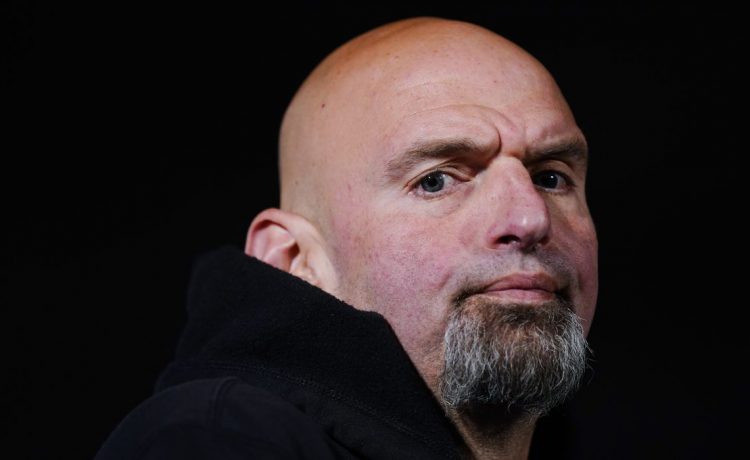 A recent NBC interview with Pennsylvania Senate candidate John Fetterman is drawing sharp criticism from media personalities online and praise from conservatives who see the interview as proof the Democratic Party’s nominee is not fit to hold office.

In his first sit-down interview after a stroke left him hospitalized and isolated from the campaign trail, NBC News reporter Dasha Burns talked to the Pennsylvania lieutenant governor about his health through a closed-caption device.

Since his stroke, Mr. Fetterman has dealt with significant auditory processing issues and therefore had to read the questions as they were asked.

The interview featured one significant slip-up where Mr. Fetterman struggled with the word “empathetic.”

Ms. Burns also questioned his ability to hold office and where he and his campaign have been transparent on matters related to his health.

The report leaned heavily into Mr. Fetterman’s stroke-related issues and Ms. Burns mentioned that off-camera, when he wasn’t using the captioning device, “it wasn’t clear he was understanding our conversation.”

Since the airing of the interview, Ms. Burns’ treatment of the issue of Mr. Fetterman’s health has come under fire.

“Watching tv news/online pundits leer over clips of an interview in which he’s completely engaged and communicative is stomach-turning and a super depressing example of what I was trying to describe,” Ms. Traister tweeted, referring to her story for New York Magazine on Mr. Fetterman.

“I think JF offering an open view of his recovery is fascinating & potentially very powerful in a period when this whole nation is struggling to recover from…a lot. Callous and contextually loose treatment of that recovery process is striking.”

Mr. Fetterman has been hesitant to release full medical records in the months since his stroke, drawing significant backlash from conservatives. Yet a letter from his cardiologist says he is fit to serve if he continues his treatment and lives a healthy lifestyle.

Ms. Burns responded on Twitter Wednesday to the attacks on her report.

“Our reporting did not and should not comment on fitness for office. This is for voters to decide. What we push for as reporters is transparency. It’s our job,” Ms. Burns tweeted.

Conservatives cited the criticism of Ms. Burns as evidence of liberal hypocrisy.

“Weird to see so many people on the left attack a reporter for doing her job,” tweeted Doug Andres, press secretary for Senate Minority Leader Mitch McConnell. “It’s almost like that whole thing about respecting and trusting the media is only true when it’s convenient for them.”

Mr. Fetterman’s opponent in the Pennsylvania Senate race, celebrity television doctor Mehmet Oz, has hit the lieutenant governor hard on his health issues. He has accused Mr. Fetterman of trying to run out the clock by dodging media appearances.

The two are set to square off in a debate on Oct. 25, with the condition that Mr. Fetterman is allowed to use the closed-captioning device.