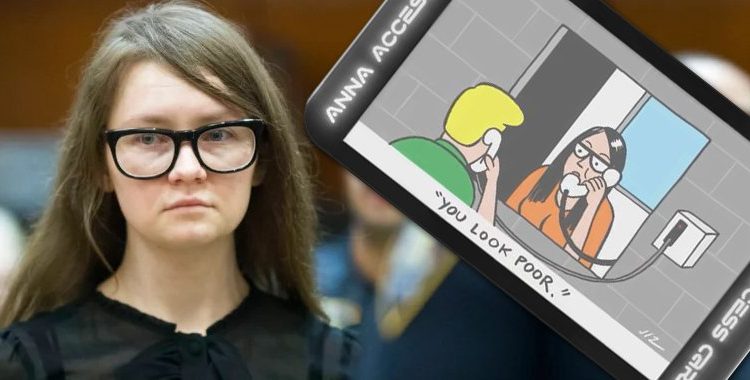 In a ploy to reinvent her image, Anna Sorokin (a.k.a Anna Delvey), the protagonist of Netflix’s hit docudrama miniseries ‘Inventing Anna’, has launched an NFT collection in wake of her four year incarceration. The fake German heiress, who was found guilty of defrauding banks and hotels out of hundreds of thousands of dollars, launched the collection earlier this week whilst being held in an ICE immigration detention centre for overstaying her U.S. visa.

The collection, which adopts the same name as the Netflix series which made her famous, was dropped on its own mint website on Wednesday, and is comprised of 2000 ‘Anna Card’ NFTs which can be picked up for 0.1 ETH apiece. Sporting a dynamic artwork that’s been designed by alternative American artist Johnny Ryan, each NFT is embedded with an array of perks, including access to exclusive livestreams and phone calls with Anna.

Although the mint site doesn’t explicitly advertise their existence, three of the collection’s 2000 assets are of ‘ultra platinum’ variety, which we can assume can only be acquired through blind minting. The assets will give their lucky holders a chance to meet with Sorokin in-person, where they will also receive special personal items of hers.

Holders can expect to receive extra gifts in the future, by way of airdrops and more. The rewards will be based on each holder’s respective involvement in the project, where the amount, as well as the time spent holding Anna Cards, will dictate how many gifts each community member will receive. That being said, future promises are a trademark move of fraudsters, so, like many a NFT project, do not take the project’s loose roadmap as gospel.