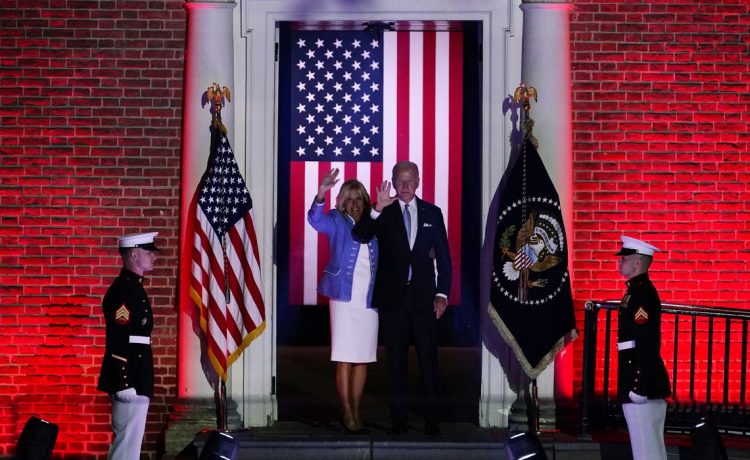 The nation’s top news networks declined to air President Biden’s Thursday address to the nation, deeming it too political ahead of the midterms.

Those involved with negotiations on airing the president’s speech refused to do so because the remarks were “political.” Those, who spoke on the condition of anonymity, told The Washington Post, that they feared criticism of former President Donald Trump, who may run again in 2024.

Executives also noted the close timing ahead of the November midterms.

This is not the first time networks have snubbed a presidential speech.

TV networks have typically not aired speeches that are part of campaign rallies or that aren’t considered newsworthy.

In 2014, the networks did not carry a speech by former President Barack Obama regarding immigration reform.

Mr. Biden’s primetime remarks were also unusual for an evening address to the nation, which is typically only done so during a national emergency or crisis.

For example, Mr. Trump made an address in 2020 during the first coronavirus outbreak, after it was declared a global health emergency by the World Health Organization.

Mr. Obama delivered a primetime speech in 2014 on how the United States planned to tackle the growing threat of the Islamic State.

Mr. Biden focused his remarks on the need to eradicate rightwing extremism, which he credited for the 2021 Capitol riot and dismantling U.S democracy. He attacked the Make America Great Again, or MAGA, movement aligned with Mr. Trump.

“MAGA Republicans do not respect the Constitution,” Mr. Biden said. “They do not believe in the rule of law. They do not recognize the will of the people. They refused to acknowledge a free election.”

“Someone should explain to Joe Biden, slowly but passionately, that MAGA means, as powerfully as mere words can get, MAKE AMERICA GREAT AGAIN! If he doesn’t want to Make America Great Again, which through words, action, and thought, he doesn’t then he certainly should not be representing the United States of America,” Mr. Trump wrote on his social media platform, TruthSocial.