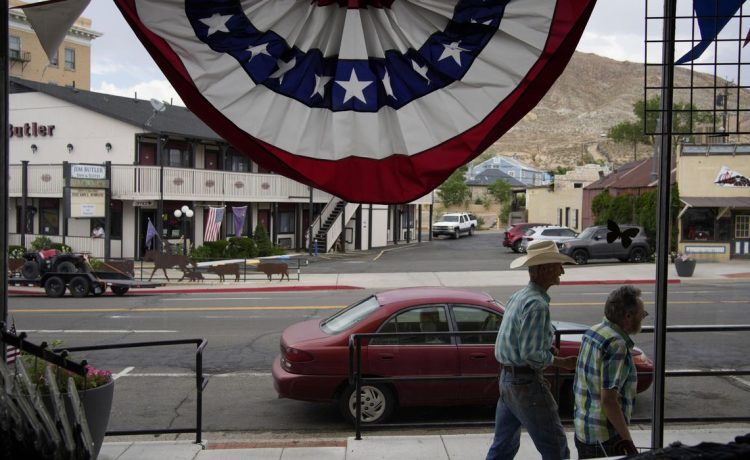 RENO, Nev. — Nevada voters have adopted what is widely considered the most comprehensive state version of the Equal Rights Amendment in the nation, a sweeping update that puts protections in the state Constitution for people who have historically been marginalized.

It is a more wide-ranging amendment than the federal ERA that Nevada adopted in 2017, which outlaws discrimination based on sex, though the push to ratify it in the U.S. Constitution remains gridlocked.

Proponents of Nevada’s ERA say that it will provide new tools to challenge discrimination and close loopholes where those rights are not necessarily guaranteed. Nevada Sen. Pat Spearman, a Democrat from North Las Vegas who co-sponsored the bill to get it on the ballot, cited age protections for older workers laid off during the pandemic and transgender people having their identity protected as tangible differences that the amendment will make.

In a statement Thursday, the committee backing the initiative said it was “thrilled to see the overwhelming support” for the measure.

“Nevadans have decisively rejected hate and unequivocally declared that our differences should be celebrated and protected under law,” the group said.

Opposition to the ERA came from mostly conservative groups who oppose protections for gender identity and expression as well as age. They argued that expanding rights for gay marriage could infringe on freedom of religion. They also argued against added protections for transgender people to use bathrooms or compete in sports that align with their gender identity.

It’s unclear how the amendment will be implemented, though it will likely be through the courts.

In 2020, versions of the federal amendment had been adopted by 38 states, pushing it over the threshold to be adopted federally.

However, that came decades after the ratification deadline Congress set after it was passed in 1972, and five states – Nebraska, Tennessee, Idaho, Kentucky and South Dakota – have attempted to remove their prior approval. States can support the federal version individually, though it is not ratified into the U.S. Constitution so those ratifications remain mostly symbolic.

Stern is a corps member for the Associated Press/Report for America Statehouse News Initiative. Report for America is a nonprofit national service program that places journalists in local newsrooms to report on undercovered issues. Follow Stern on Twitter: @gabestern326.