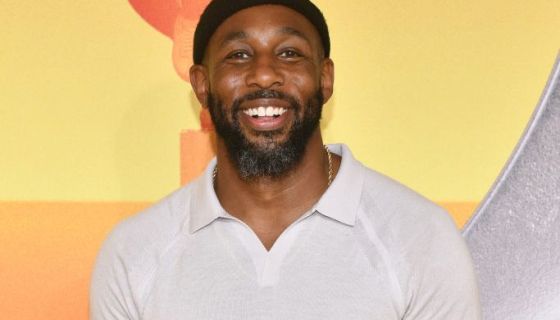 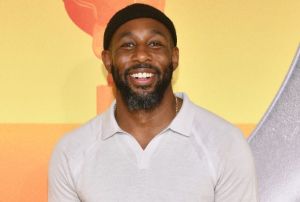 The world was in shock earlier this week when longtime DJ on Ellen Degeneres’ talk show was found dead in an Encino, Calif., motel room. The coroner ruled the 40-year-old’s death, on Tuesday, a suicide.

Law enforcement sources told TMZ that Stephen’s wife Allison Holker – who he met during their time on So You Think You Can Dance – ran into an LAPD station on Tuesday. She was said to be frantic because she said her husband left home without his car, which she said wasn’t like him.

Stephen’s grandfather, Eddy, confirmed he had talked with his grandson multiple times before Stephen’s tragic death and had not noticed any signs that the dancer was struggling with his mental health.

“Every word has meaning. His last words to me were a simple text that says, ‘I love you Dad-Dad. Our question is why? Where did it come from?”

Before passing Stephen posted an Instagram tribute to celebrate his grandfather’s 88th birthday. “Shouting the BIGGEST HAPPY BIRTHDAY TO MY GRANDFATHER (DADA)! I love you!” he wrote in the caption. He added, “IG fam help me wish him happy birthday @mreb38 ❤️❤️❤️ #OGBoss.”

“We spoke as recently as Saturday on more than one occasion,” Eddy shared. “He was the same happy-go-lucky person that he’s always been. We had no indication that anything was out of the ordinary.”

Eddy went on to describe how “humble” and “generous” Stephen was, adding that the pro dancer “brought light” into everyone’s lives.

“We’re completely devastated right now,” he said. “All I can say is he was a beautiful person that contributed so much to this world and to everyone he met in a positive way. We miss him dearly, and we’re hurting tremendously.”

TMZ claims in a new report that Boss left a note behind alluding to challenges he’s faced in the past, per law enforcement sources.

Outside of celebrating his grandfather’s birthday, he also celebrated his ninth wedding anniversary with his wife, Allison Holker.

On Wednesday, Holker Boss, who hosted Disney+’s Disney’s Fairy Tale Weddings with her husband, said he “lit up every room he stepped into. He valued family, friends and community above all else and leading with love and light was everything to him.”

“He was the backbone of our family, the best husband and father, and an inspiration to his fans. I am certain there won’t be a day that goes by that we won’t honor his memory. We ask for privacy during this difficult time for myself and especially for our three children.”

Stephen’s mom, Connie Boss Alexander, also expressed her gratitude on social media, saying … “Family and friends, thank you for all the love, prayers and encouragement. Please know I see all the messages, texts, posts and the phone calls.”

She took to her Instagram story and said “I can’t use words right know. Please know I will reach out when I can. Please continue to keep us in prayer.”

If you or someone you know is experiencing suicidal thoughts or affected by any of the issues raised in this story, call or text the Suicide & Crisis Lifeline at 988 or text HOME to the Crisis Text Line at 741741.