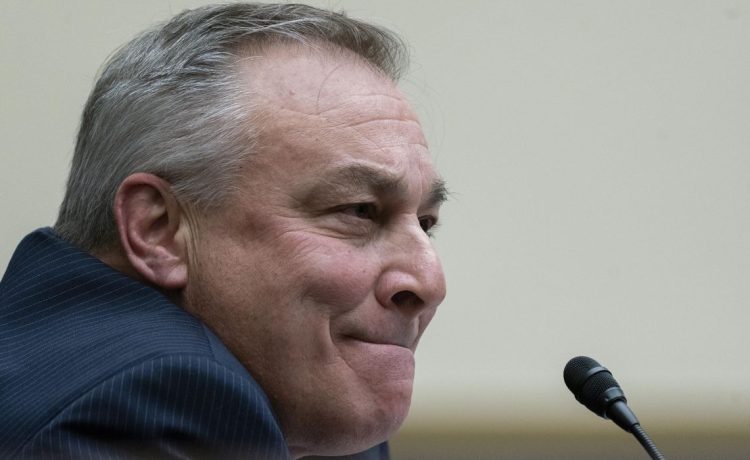 The new CEO of the failed cryptocurrency exchange FTX is appearing before a House committee Tuesday, detailing for lawmakers the lack of oversight and financial controls that he discovered since taking over the company a month ago.

John Ray III called FTX’s collapse one of the worst business failures he has seen – a “paperless bankruptcy,” fueled by an “unprecedented lack of documentation.”

Notably absent from the hearing before the House Financial Services Committee is FTX’s founder and former CEO Sam Bankman-Fried, who was arrested in the Bahamas just hours before he was scheduled to testify. The arrest was made at the request of the U.S. government, which on Tuesday announced criminal charges against Bankman-Fried including wire fraud and money laundering.

FTX filed for bankruptcy protection on Nov. 11, when the firm ran out of money after the cryptocurrency equivalent of a bank run. The collapse of crypto’s second-largest exchange has garnered worldwide attention, and prompted worries in the crypto industry that the pain could become widespread. Estimates are that FTX customers could wind up losing billions of dollars.

Ray, who took over FTX on Nov. 11, told the committee that the problems at FTX were a cumulation of months or even years of bad decisions and poor financial controls.

“This is not something that happened overnight or in a context of a week,” he said.

Ray, a long-time corporate restructuring expert, said the situation at FTX was worse that what he found at Enron two decades ago. Enron was one of the biggest corporate frauds in U.S. history.

In his prepared remarks, Ray painted a picture of a company acting with little to no oversight.

“FTX Group’s collapse appears to stem from the absolute concentration of control in the hands of a very small group of grossly inexperienced and unsophisticated individuals who failed to implement virtually any of the systems or controls that are necessary for a company that is entrusted with other people’s money or assets,” Ray said.

In interviews since FTX filed for bankruptcy protection, Bankman-Fried acknowledged that the company lacked proper financial controls and corporate governance, but denied any fraud had been committed.

U.S. prosecutors and financial regulators disagreed with that assessment. An indictment unsealed Tuesday charged Bankman-Fried with a host of financial crimes and campaign finance violations, alleging he played a central role in the rapid collapse of FTX and hid its problems from the public and investors. The Securities and Exchange Commission said Bankman-Fried illegally used investors’ money to buy real estate on behalf of himself and family.

“This is just old fashion embezzlement, taking money from others and using it for your own purposes,” he said. “This is not sophisticated at all.”

A lawyer for Bankman-Fried, Mark S. Cohen, said Tuesday he is “reviewing the charges with his legal team and considering all of his legal options.”