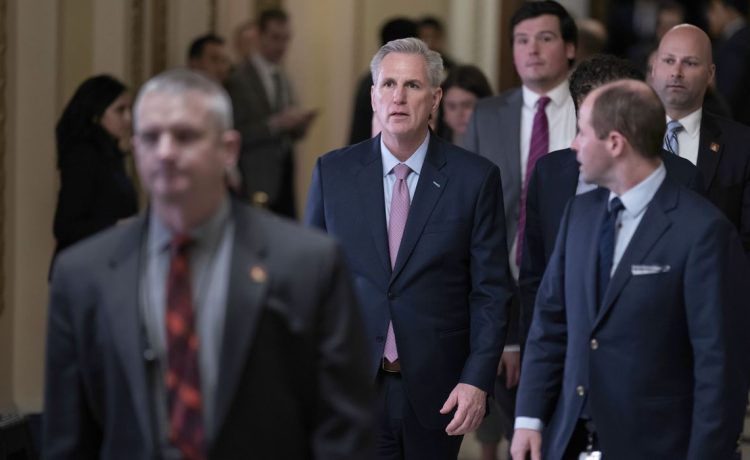 House Speaker Kevin McCarthy installed a new general counsel Wednesday and said he expects the chamber’s lawyers to take a more reserved approach in weighing in on hot-button issues percolating in the courts.

His statement was a rebuke of how the general counsel’s office was run under his predecessor, Rep. Nancy Pelosi, California Democrat.

“The House will no longer be taking hyper-politicized stances in amicus curiae or in litigation,” Mr. McCarthy, California Republican, said in a statement. “The American people elected this majority to hold this administration accountable and to protect this institution.”

He named Todd B. Tatelman to serve as the interim general counsel until a permanent pick is made. Mr. Tatelman takes over from Douglas N. Letter, who had served since Mrs. Pelosi retook the speaker’s gavel in January 2019.

Mr. Letter led the House in its pursuit of investigations into former President Donald Trump and his administration, with cases that repeatedly reached the Supreme Court.

Those battles resulted in Mr. Trump’s tax returns being turned over by the IRS and then released by Democrats in the final days of their majority.

Under Mr. Letter and Mrs. Pelosi the House also weighed in on cases involving prosecution of Mr. Trump’s allies, construction of the border wall, the counting of Electoral College votes in the 2020 election, questions over Obamacare, Mr. Trump’s attempt to add a citizenship question to the 2020 census and a series of other Trump immigration policies.

Mr. McCarthy didn’t say what sorts of cases the House would get involved in under his new approach, but new GOP committee chairs have laid out an expansive oversight agenda that will likely involve repeated clashes over access to documents and witnesses from the Biden administration.

The Office of General Counsel serves as the House’s chief legal voice. It works with committees to prepare and serve subpoenas and to strategize over handling of reluctant witnesses, offers advice to lawmakers and committees over how to handle incoming legal requests and helps the speaker’s office craft regulations governing the chamber’s operations.