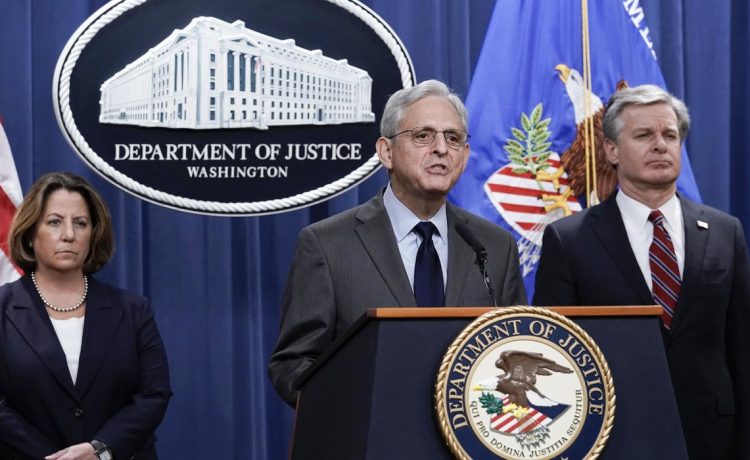 A new House committee will investigate the FBI’s effort to censor and ban conservative Twitter users and will examine the Justice Department’s probe of “threats” from parents who spoke out at school board meetings.

The Select Subcommittee on the Weaponization of the Federal Government is one of two new panels House Republicans voted to create on Tuesday, their second full day governing in the majority.

And in the first bipartisan vote of the new Congress, lawmakers in both parties approved a new committee that will examine U.S.-China competition and ways to push back against the threat of the Chinese Communist Party’s advancement.

Both panels correspond with GOP campaign promises to hold the federal government accountable and develop a plan to combat the dangers of the advancing CCP.

Only Republicans voted in favor of creating the panel to examine the behavior of the FBI and DOJ, which followed revelations, exposed by new Twitter owner Elon Musk, that the bureau was pushing the social media giant to censor conservative voices on the platform.

Revelations in a series of “Twitter Files” exposed that the FBI paid the company $3 million to diminish mainly conservative voices on the site.

SEE ALSO: FBI reveals it uses CIA and NSA to spy on Americans

The new panel will also examine other instances where the Justice Department, which oversees the FBI, may have overstepped its authority and perhaps violated the civil liberties of American citizens.

Republicans who endorsed the panel on the House floor Tuesday cited questionable FBI conduct ranging from pressuring social media to suppress the news story about the incriminating contents on Hunter Biden’s computer laptop to efforts to shut down social media debate over COVID-19 lockdowns and vaccine mandates.

“We owe it to the American people to reveal the rot within our federal government and put it out so that it can no longer harm everyday Americans,” Rep. Dan Bishop, a North Carolina Republican, said. “Today we’re putting the deep state on notice. We’re coming for you. On behalf of everyday Americans.”

Republicans also plan to examine the Justice Department’s investigation of frustrated parents who spoke out at school board meetings over lockdowns, mask mandates, “woke” curriculum and transgender policies. Attorney General Merrick Garland in October 2021 ordered a federal probe of the heated parental involvement, describing it as “a disturbing spike in harassment, intimidation and threats of violence” against school officials.

Democrats opposed the creation of the government weaponization committee. Rep. Jim McGovern of Massachusetts called the new panel “a deranged ploy by the MAGA extremists to push their far-right conspiracy theories.”

Judiciary Committee Chairman Jim Jordan, an Ohio Republican who will oversee the special investigatory panel, told Mr. McGovern during the floor debate that the committee will be focused on examining the government’s attack on the First Amendment after hearing from dozens of FBI whistleblowers who have come forward to complain about the bureau’s actions and the direction it is taking.

The bill passed 221-211 without a single yes vote from Democrats.

The creation of the China panel won the support of all Republicans and 146 of the 211 Democrats who voted on Tuesday.

Rep. Mike Gallagher, a Wisconsin Republican and leading China hawk in the chamber, will head the panel.

Mr. Gallagher and Rep. Raja Krishnamoorthi, an Illinois Democrat, sent a letter to ESPN this week complaining that the network is allowing Chinese-owned TikTok to sponsor the halftime shows at NCAA football bowl games despite the known security risk of the social media app.

Mr. Gallagher said Tuesday that his new panel will work on ways to expose and stop Chinese theft of intellectual property and the poisoning of Americans with deadly fentanyl produced in China.

“The CCP does not pose a danger to just Republicans or Democrats – it seeks to harm all Americans,” Mr. Gallagher said. “And we are going to counter this danger with a united front.”