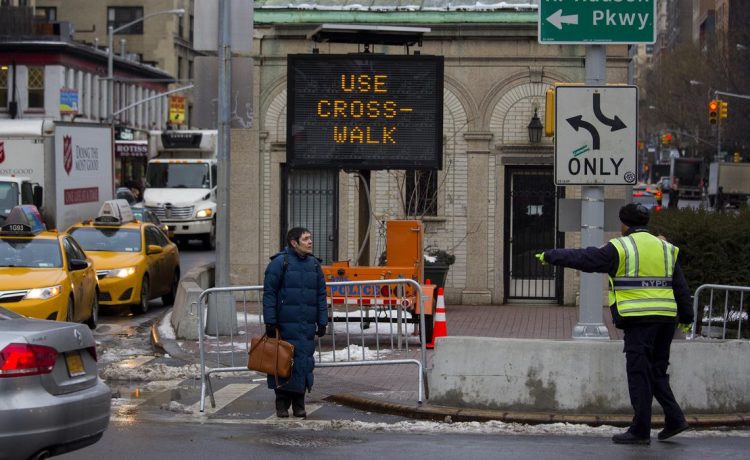 Thousands of Connecticut residents will see their marijuana records vanish into thin air, jaywalking won’t be a fineable offense in California and workers from coast to coast will see a pay increase once the calendar flips to 2023.

A new year means new laws are going into effect across the country.

Several states are nudging the minimum wage to $15 or legalizing the recreational use of marijuana for adults. Others will enact laws aimed at balancing public safety with what advocates call a more fair criminal justice system.

Lawmakers said they passed the Freedom To Walk Act because low-income Californians are most likely to live in areas without crosswalks and be ticketed. Lawmakers also cited the risk of racial profiling by police.

“It should not be a criminal offense to safely cross the street. When expensive tickets and unnecessary confrontations with police impact only certain communities, it’s time to reconsider how we use our law enforcement resources and whether our jaywalking laws really do protect pedestrians,” said the bill’s sponsor, Democratic Assemblyman Phil Ting of San Francisco.

Illinois is replacing its cash bail system with a framework that bases pre-trial detention on risk to the community.

Gov. J.B. Pritzker, a Democrat, signed the bill this month to clarify aspects of the SAFE-T act passed in 2021. It is part of a trend of states and cities across the country grappling with how to make their criminal justice systems equitable without letting bad guys roam free.

“I’m pleased that the General Assembly has passed clarifications that uphold the principle we fought to protect: to bring an end to a system where wealthy violent offenders can buy their way out of jail, while less fortunate nonviolent offenders wait in jail for trial,” said Mr. Pritzer.

In Connecticut, Gov. Ned Lamont announced in December that 44,000 convictions involving low-level marijuana possession will be fully or partially erased in the new year as part of a 2021 law he signed to regulate adult cannabis use.

Some persons will see their records automatically expunged while others will have to file a petition in Superior Court, depending on whether their convictions occurred. Residents who have had their records erased can tell employers, landlords and schools that the conviction never occurred, according to the governor.

Others places are cracking down on crimes such as retail theft.

In Georgia, a new law requires online marketplaces to provide consumers with an email, phone number or direct electronic communication to contact third-party sellers with questions or concerns about the products. Platforms must also provide an avenue for customers to report suspicious activity.

The purpose of the bill is to crack down on organized retail theft by empowering customers who might unknowingly buy stolen or counterfeit goods.

“We’re dealing another blow to the organized gangs that steal from Georgia shops and stores by making it much harder for them to profit from their heists,” Gov. Brian Kemp, a Republican, said when he signed the bill.

Some changes will put more money in low-wage workers’ pockets.

Nebraska voters opted in November to increase the minimum wage from $9 per hour to $10.50, leading to step increases each year to $15 per hour by 2026.

Some big 2023 provisions will take effect later in the year.

Starting July 1, adults in Maryland will be allowed to possess up to 1.5 ounces of cannabis and grow up to two plants — making it the 20th state to legalize marijuana for recreational use.

South Dakotans voted in November to join the dozens of states that are tapping into federal Obamacare dollars to expand their Medicaid rolls to those making slightly above the poverty level. The expanded coverage takes effect on July 1.

South Dakota Gov. Kristi Noem, a Republican, opposed the ballot initiative, warning the state share of costs will rise from $13 million in the first year to $16 million in the second.

“In every other state where Medicaid expansion was passed, the costs exceeded their expectations. That’s why this past year, we did our homework, researched those states, and consulted with experts to put together this budget plan to ensure the law is followed,” she said in an annual budget address this month.

“Make no mistake, the expansion of Medicaid – as passed on the November ballot by the people of this state – is an expansion of a government program that will give free healthcare to a population of the state that the majority are able-bodied, single males,” she said. “Our goal in policy should be to give people the opportunity to have more freedom in healthcare options, not government-run programs.”